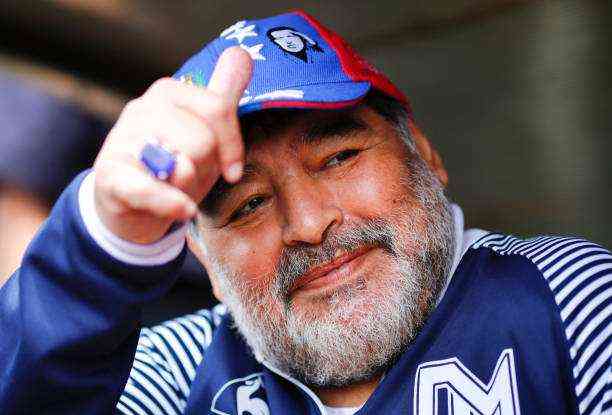 Thousands of Argentines gathered at the obelisk to demand justice after Diego Armando Maradona’s death in November 2020.

On November 25, 2020, the world learned of Diego Armando Maradona’s death, the Argentine soccer idol who won the 1986 World Cup in Mexico. Reports indicated that the former soccer player had lost his life due to heart failure that caused acute edema.

Thousands of people gathered in Buenos Aires to say goodbye to Maradona at the Argentine presidency’s headquarters. The ceremony ended earlier than expected due to the conflicts between brave bars, and his body was transferred to the cemetery where he was buried.

Three months later, thousands of people gathered once more, now at the Obelisk, a meeting point where Argentine fans celebrate their National Team or their teams’ triumphs to demand justice in Diego’s case.

WHY DO THEY MANIFEST?

After the death of Diego Maradona, an investigation was initiated to determine if the death occurred due to health issues or homicide and since then, reports have been released in which Matías Morla, Diego’s lawyer, and Leopoldo Luque, his doctor, have been identified.

In January, it was announced that Luque had forged Maradona’s signature to obtain a copy of his medical history, a document that the patient or family members can only request.

In February, Infobae published a documentary video in which both Luque and Morla’s audios and conversations are filtered. The latter is singled out for having taken him to the house where he finally died, instead of interning him, so that his daughters, Dalma and Giannina, could not have access to Diego.

It indicates that Morla facilitated Maradona vices that Maradona could never overcome, such as alcohol and drugs.

Regarding Luque, the doctor, the audios indicate that his objective was to gradually separate himself from Maradona after the surgery on the head and pass the baton to the daughters: “I need the daughters to be with this without me, because if not, if it fails, which is going to fail, it is going to be my fault.”

Verónica Ojeda, mother of Maradona’s last son, indicated that the day before Diego’s birthday, the then Gymnastics helmsman, had drunk too much and was not in a position to appear on his team’s court, but with the help of two people came to the bench, as he was unable even to put on the mask, so he assures that the neglect of Maradona had come months before.

MARADONA DID NOT DIE, THEY KILLED HIM

Faced with this situation, thousands of people gathered at the obelisk on March 10 to demand justice and that the people who left it alone in its last days be punished.

Giannina and Dalma Maradona gathered at the place, who after 10 minutes had to leave due to the riots that sought to approach them. Diego Fernando, Maradona’s eight-year-old son, also made an appearance.

“I come to ask for justice, I have indignation, anger, and anger. They killed him, the environment that was the last time. They have to go to jail,” one of the protesters told.