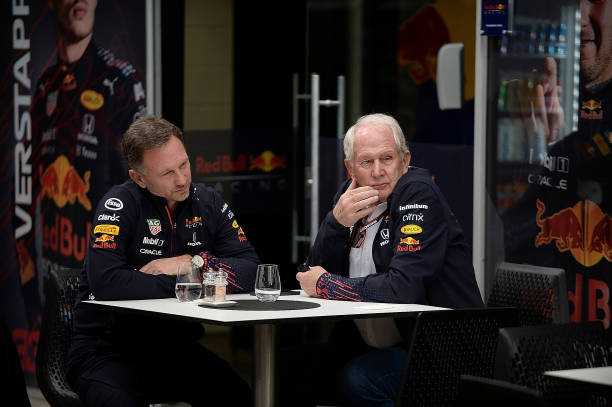 Lewis Hamilton was intractable at the Brazilian Grand Prix, where he recovered to disqualification and an engine change penalty, and still beat Max Verstappen, who maintains a 14-point lead over the Briton.

Hamilton’s display raised concerns in Red Bull, and Helmut Marko, a team advisor, assured that the end of the season does not look good for his team, taking into account the characteristics of the circuits in Qatar, Arabia, and Abu Dhabi.

Mercedes looks very powerful on the straights. There is no stronger team than the German in these sectors, and mainly Arabia has an extremely long fastball, so Helmut Marko expressed concern.

“It is obvious that a particular engine has those speed developments. Maybe they have the best. And, of course, the engine is cool, but that combination is not possible for us. At top speed on the straights, Hamilton was making up a lot of ground each time”,

“If it continues like this, it doesn’t look good for the World Championship. That is to be feared, and now we have to hope that it lasts until the last race”, he mentioned to Sky Sports, according to Marca.

Mercedes changed the engine in a well thought out strategy

The fact that Mercedes swapped Hamilton’s engine at the Brazilian Grand Prix is ​​no coincidence. According to Marko, the engine that Lewis released can perform up to three Grands Prix without major wear and tear, and that’s just the number of races left on the calendar.

For this reason, it is expected that in Qatar and especially in Arabia, Hamilton will fly on the track again, so that Verstappen, Checo, and Red Bull are in serious trouble.

“Let’s see what it looks like in Doha. In Jeddah, there are concerns with the long straight, while Abu Dhabi looks neutral again. If Mercedes can maintain that engine power until the last race, then it doesn’t look good. Mercedes always says they have a lot of wear and tear on the engine, after two or three races. But that no longer helps us. By then, the world championship would be over”, he indicated.