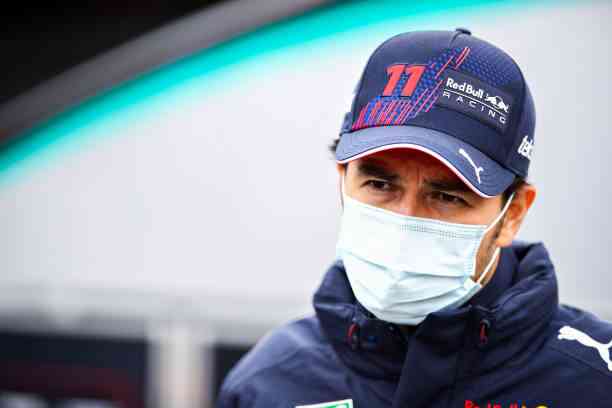 For the first time, Checo Pérez will start in second place in a qualifying session, one day after Helmut Marko’s call.

Checo Perez has already experienced both sides of the coin at Red Bull. On the one hand, he has an extremely competitive car, with which he achieved second place in the qualifying session at the Emilia-Romagna Grand Prix, in Imola, but he also put the pressure to which Pierre Gasly and Alex Albon were subjected.

During the first free practice on Friday, the Mexican starred in a clash with Esteban Ocon, with whom he had a severe internal rivalry at Racing Point. Formula 1 did not replicate the moment of the incident; there are only videos of when Checo no longer has control of the car and loses one of the rear tires.

This situation greatly annoyed Helmut Marko, an advisor to the Red Bull team and who is reputed to be a complicated man in dealing with drivers when things go wrong, so Daniel Ricciardo warned the Mexican of this when his signing was finalized with Red Bull.

Checo and Ocon appeared before the International Automobile Federation, which decided not to sanction the drivers by taking into account radio failures, but Helmut blamed the Mexican for the accident for making a wrong maneuver.

“I don’t know what they have rearview mirrors for. This was clearly the fault of Perez, who overtook Ocon and then this incident occurred”, mentioned the leader.

According to Luis Manuel’ Chacho’ Lopez, this wake-up call (and even exposure to the press) could have been a kind of strategy by Helmut Marko himself to touch the Mexican’s pride, and the result would have been second place on the grid.

This is the best result for the Mexican in a qualifying session, he could even take away Lewis Hamilton’s pole position, confirming that he can battle Max Verstappen.

“I never expected to be hereafter where we were yesterday. I should have been on pole today, but I made a mistake in the last corner, “he said in an interview with Formula 1.” This just shows how hard we have worked on our adaptation, but tomorrow (the race) is what matters, “he completed.

Who Are Cristina Medina And Karime Flores?

Why is March An Important Month For The Tokyo Olympics?