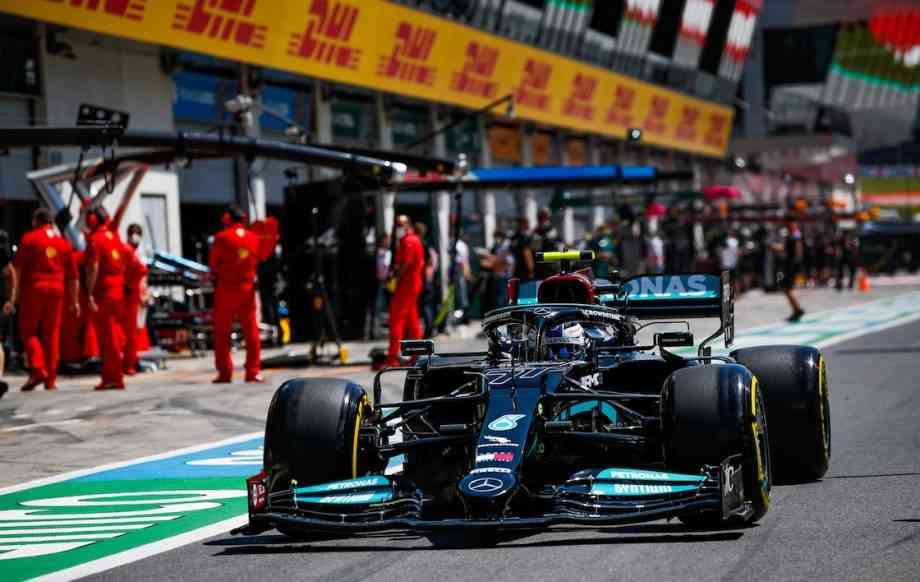 Valtteri Bottas received an FIA penalty after endangering the pit crew after skidding in second practice.

This is good news for Red Bull and Checo Perez, as the Mercedes driver, Valtteri Bottas, was sanctioned by the International Automobile Federation (FIA) for the Styrian Grand Prix because he lost control of his car … in the pit alley!

The FIA ​​sanctioned Bottas with three fewer places on the starting grid for Sunday’s race, so in the best of scenarios he will start from the second row at the Austrian circuit, which is home to Red Bull.

What did Bottas do in the pits?

The Mercedes steering wheel entered the pits 18 minutes after the end of free practice, to change tires during the final part of the second free practice, and on leaving the pit, Bottas skidded in the pit lane, so that his car was crossed in all over the alley, near the McLaren pits.

McLaren’s mechanics helped push the car into the right direction and out of the alley.

Formula 1 and the FIA ​​severely punish this type of incident in the pit area, as it is the part where the greatest number of people are working and materials that could endanger the integrity of mechanics and engineers.

How does it benefit Red Bull and Checo?

In this way, we could predict that Bottas will start from the third and fourth row, that is, between fifth and eighth place, which would force the Finn to look for a comeback. This benefits Checo, as long as he gets a good qualifying session and places himself in the top three, as this could once again become a tool for another good strategy for Red Bull.

The Mexican had an irregular role in free practice, so he must adjust to get the car ready and make a good qualifying, because he has a good race pace to think about a new podium or at least to finish in a better place than Bottas and thereby increase the point difference in the constructors’ ranking.