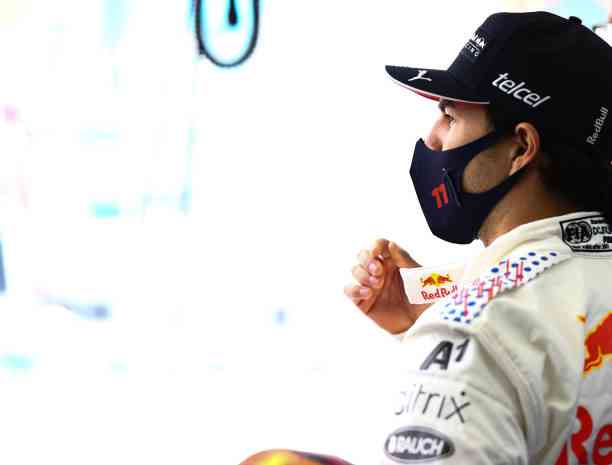 After the frustrating races in Italy and Russia, Checo will have a new opportunity in Turkey, and here we share schedules and more.

After the frustrating and even confusing race in the Russian Grand Prix, in which Checo Pérez decided to stay on the track and not change the rain tires (and in the end, we already saw what happened), Turkey comes as an opportunity for him Mexican, who has already expressed his desire to return to the podium.

And it is that the podium not only escaped in the rain in Russia, but also in Italy, where he fell to fifth place after being penalized for cutting the track at Monza, despite crossing the finish line as third, so Checo He not only wants points but to get on the podium and put pressure on Mercedes again.

The Mexican midfielder, who will debut the new appearance of Red Bull, in white, already knows what it is to enter the podium in the Turkish circuit because in 2020, he finished second with Racing Point, the team with which he taught on a wet track and for weekend predictions indicate a little over 40% chance of rain during the race, on Sunday.

How can I see Checo Pérez at the Turkish GP?

The activity on the track will begin on Friday with free practices. The first is scheduled to start at 3:30 am and the second at 7:00 am. The live broadcast is provided by Fox Sports 3, Star Action, and F1 TV.

On Saturday, the third free practice is run at 4:00 am, and the qualifying session begins at 7:00 am. Like Friday, the broadcast is on Fox Sports 3, Star Action, and F1 TV.

Sunday is the very day, so you have to get up a little early, since the race starts at 7:00 am, and to see it live, your options are Star Action and F1 TV (the link goes again). Fox Sports 3 will broadcast the deferred race, starting at 6:00 pm.

It must be taken into account that some teams plan changes in their power units, so they will start at the back of the grid, regardless of how they fare in the qualifying session, such as the Ferraris of Carlos Sainz and Charles Leclerc, as well as the McLaren of Lando Norris and Daniel Ricciardo.

With Mercedes, there is a question mark with Lewis Hamilton, which would open the doors to the Red Bulls of Max Verstappen and Checo Perez, in addition to Valtteri Bottas, so much will depend on whether there will really be changes and sanctions that condition the performance of the drivers, mainly in the case of Hamilton.