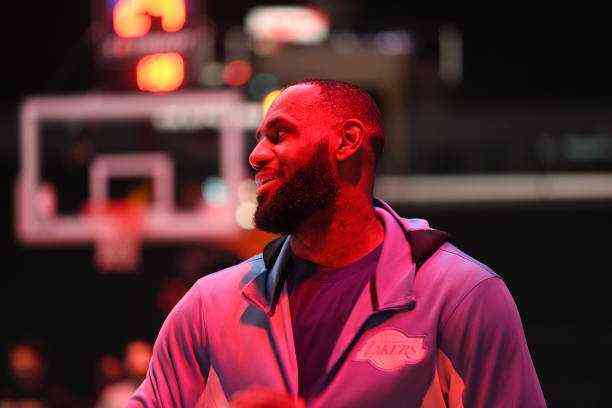 The start of a rivalry? LeBron James answered Zlatan Ibrahimovic, who asked him to dedicate himself to basketball and not to politics.

There is a shot, gentlemen! After the Lakers’ victory over Portland, LeBron James responded to Zlatan Ibrahimovic’s statements, who criticized the basketball player’s activism and assured that he is actually involved in politics.

The Los Angeles forward pointed out that this type of opinion does not affect him. He also explained that he fights against social problems that he himself experienced.

“I will not shut up about things that are wrong. I preach about my people, about equality, racism, systematic oppression, things that happen, because I was part of my community, and I saw what was happening. I am the wrong person to attack, because I am an educated mind, I do my homework before giving my opinion, “he said.

In addition, LeBron James recalled that some time ago, Ibrahimovic denounced “reverse racism” against him. Almost 3 years ago, the Swede exploded against his country’s press because he was not given the same credit as those with the surname Andersson or Svensson.

“I find it funny that he says that because he is the same person who, in 2018, when he was in Sweden, complained because his last name was not a certain last name in his country, and he felt that there was racism,” added the basketball star.

What did Ibrahimovic say?

The controversial word seems a synonym for Zlatan Ibrahimovic, the AC Milan footballer has argued many times on the pitch and off it , something that is now repeated with James.

A few days ago, the Swedish striker gave an interview to Discovery + from his country, and there he spoke about the basketball player. Ibrahimovic pointed out that LeBron James is in politics even if he says otherwise, so he should stay in the sport.

“(LeBron) He’s phenomenal at what he does, but I don’t like it when people have some kind of status, they go and do politics at the same time. Do what you are good at. I play soccer because I am the best playing soccer, I don’t do politics, “he said.