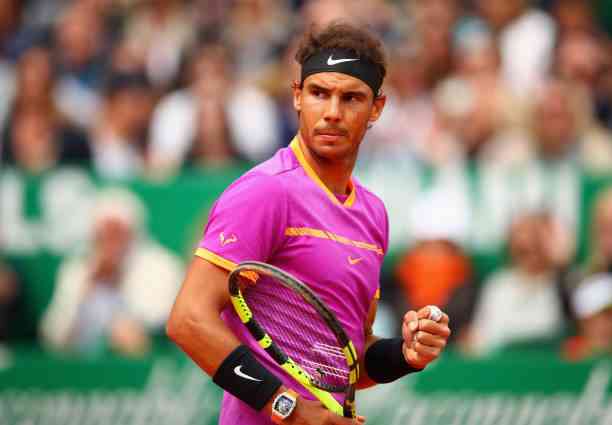 The resignation of LeBron James, Rafael Nadal, Dominic Thiem to the Olympic Games have the common denominator of fatigue.

The consequences of the coronavirus pandemic and its respective crisis begin to be reflected in the world of sports in the current summer, in which some athletes have begun to give up the Olympic Games and other nearby tournaments as a result of injuries or as a measure to avoid them.

In March 2020, the NBA suspended the regular season after the positive case of Rudy Gobert was known and caused a domino effect, since after its announcement, other leagues began to be suspended. Soccer found its way back on May 16, when the Bundesliga imposed sanitary protocols, and in July, the NBA reactivated its famous Orlando bubble.

Calendar adjustment due to COVID

The sport began to reactivate globally between July and August 2020, and the common denominator was the adjustment of the calendars. The Champions League, for example, was played in the month of August and in less than three weeks, matches of the Eighth Finals, Quarters, Semifinals and Finals were played, and for the month of September, the local leagues began the 2020-21 season.

The NBA ended its season in mid-October and had already started the new season before Christmas. Soccer leagues in Europe ended on May 29, but players from 24 teams immediately reported to prepare for the European Championship, which began on June 11.

The champions will be the ones left standing

The New York Times published an analysis in which it indicates that the players with less rest in the Eurocopa are the Spanish, Italians, French, and English, of which the British arrive with an average rest of 3.5 days throughout the season after having played in the Premier League, Carabao Cup, FA Cup, Champions or Europa League, World Cup qualifiers and friendly games before facing the European Championship.

Faced with this situation, the American newspaper considers that the champion will not be the team that plays the best, but the one that remains standing on July 11, the day of the final. The tournament was already marked by the cardiac arrest suffered by Christian Eriksen, in a full match with Denmark.

Something similar happens in the Copa América. Players like Sergio Agüero have had grueling days. He played the Champions League final on May 29. On the 31st, he signed as a reinforcement for Barcelona and almost immediately traveled to Argentina to report with the national team in the Conmebol World Cup qualifying round, and on June 13, the Copa América started.

The resignations in the world of tennis without rest

After the exhaustive Roland Garros, Rafael Nadal shook the tennis world after announcing that he would not play at Wimbledon or the Olympics. The Spaniard recalled that the French tournament was postponed due to the second wave of infections, so that he only left two weeks away with Wimbledon, which is scheduled to end on July 11.

A couple of weeks later, the Olympic Games will begin, for which he argued that before the little rest, his body is left out of new injuries. “It is the right decision in order to extend my sports career.”

Hours later, Naomi Osaka, who resigned from Roland Garros due to mental health, confirmed that she would not play Wimbledon either, but left the door open to the Olympics. “He wants to take some time and be with friends and family,” shared his communication team.

Dominic Thiem, the last US Open winner, opted for a similar decision, as he will play Wimbledon, but will not go to the Olympics. “2021 has not started as planned, and I do not feel ready to play at my best in Tokyo,” he said.

The participation of Roger Federer remains in the air, who after being eliminated at the Halle Open mentioned: “I don’t want to make a foolish decision… My plans now are to return to Switzerland and we have time to discuss what is the best plan now, I have time to decide what the next steps are”.

LeBron James’ Lakers had just over two months off between the end of the 2019-20 season and the start of the 2020-21 and were eliminated in the first round of the playoffs.

The tournament will end only a few days before the start of the basketball tournament at the Olympic Games, so some players will celebrate the title or regret the runner-up on the plane to Tokyo, but from the conference semifinals, LeBron James raised his voice about the Kawhi Leonard injury.

The Clippers player sprained his knee and missed the remainder of the series against the Utah Jazz. LeBron said that many of the injuries in the NBA this season are the result of a precipitous start to the season.

“Not everyone wanted to hear from me about the start of the season. He knew exactly what would happen. I just wanted to protect the well-being of the players, which is ultimately the product and benefit of our game! These injuries are not just part of the game, “he claimed on social media.

LeBron himself resigned from the Olympics on the grounds that his ankle needed more rest time after suffering a sprain during the regular season.

What Games Does The ‘Tuca’ Miss After Surgery And Who Will Lead Tigers?