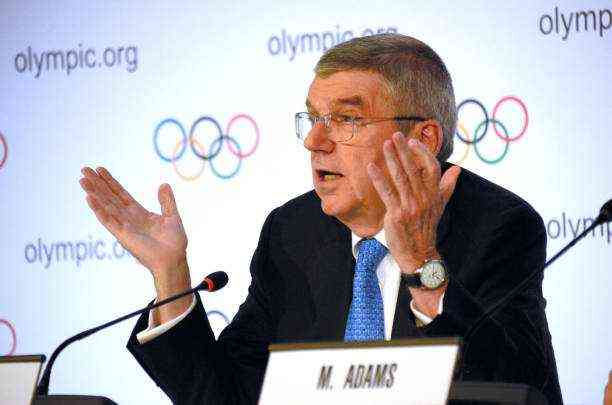 The IOC is handsome with the Olympic and Paralympic athletes competing in Tokyo 2020, as it will pay for the vaccines against COVID-19 for each of them. Hope that there is still more, it will also donate 2 more doses to the country of each athlete who receives his vaccine.

China will be the country that provides vaccines for athletes who compete, so the Asian country will benefit economically from the large number of athletes that will be in Tokyo.

Thomas Bach, IOC President, made the announcement during the 137th committee session: “I can report that a significant number of Olympic teams have already been vaccinated, in accordance with their national vaccination guidelines. Another important number has already received the commitment of their governments in this regard“.

In addition, China, who will host the Winter Olympics in 2022, had a generous act with the IOC. He made an offer that he will not be able to refuse, would say The Godfather, and was to make available to the participants in the two editions of the Olympic Games, Tokyo and Beijing 2022, additional doses of vaccines.

Bach pointed out that China’s offer is a display of the true Olympic spirit of solidarity. “In this spirit, the IOC will pay for these additional doses of vaccines, not only for the Olympic teams but also for the Paralympics .”

The Tokyo 2020 Olympic Games will be held without fans in each of the venues in which they compete, this to prevent the spread of infections and avoid new waves in the country.