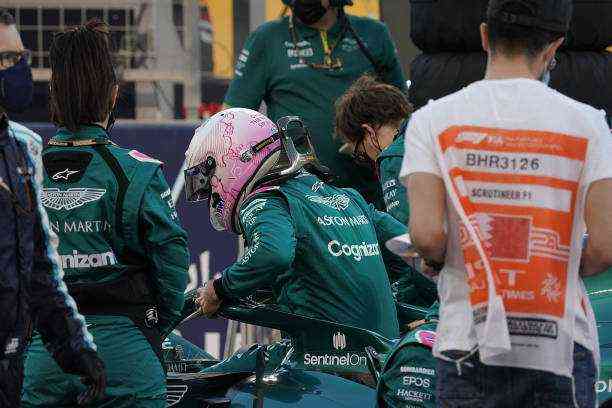 Sebastian Vettel started the Aston Martin era in Formula 1 as the star driver, after a complex experience with Ferrari, with whom he starred in a rivalry with Charles Leclerc. Now in his new team, he will try to recover part of the prestige that he lost with the Italian team.

Vettel will be one of the targets in the spotlight at the Bahrain Grand Prix, aboard the AMR-21, which is the name with which the team baptized its first car, but for the German steering wheel, it is “Honey Ryder.”

Why did Vettel choose Honey Ryder?

Despite the team change, Vettel maintains the tradition of giving its cars a female name, and for its Aston Martin debut, chose the name of one of the most iconic characters in the James Bond agent universe.

“Honey Ryder” was part of the group of “Bond girls” and had an appearance in the first film, released in 1962 and was played by actress Ursula Andrees, who turned 85 in March 2021 old.

“It’s the first of its kind, a new story, so we thought it was a good one,” explained Vettel, who during the first two free practices could not get into the top 10.

Expectations for Aston Martin for the 2021 season point towards the middle of the rankings, relatively far from the favorites, Mercedes and Red Bull, and much of what the team can obtain throughout the season is expected to be thanks to Vettel, so the faster you adapt, the better the team will do.