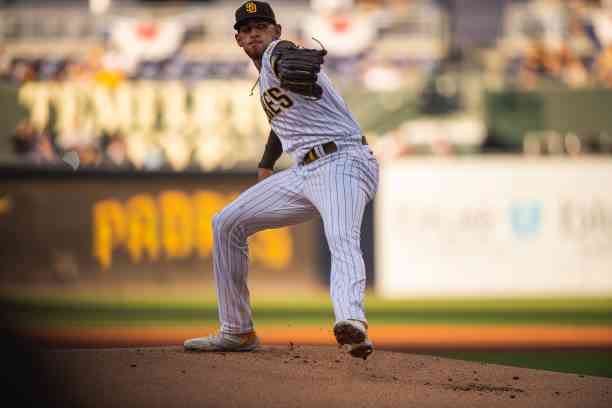 Historic: Joe Musgrove just joined the San Diego Padres, but has already made the first no-hitter in franchise history.

Releases to remember! From now on, Joe Musgrove’s name is written in gold letters, as he became the first pitcher to get a no-hitter, no-run game in San Diego Padres history.

This was the first in the 2021 MLB season so far. However, the Padres were the only team that had never recorded this mark and even came close to the perfect game.

Against the Texas Rangers, Joe Musgrove pitched 9 innings, faced 28 batters, and recorded 112 pitches; Joey Gallo was the only opponent to reach base, thanks to a mistake.

In the fourth inning, the pitcher hit the Rangers outfielder with the ball, so he automatically advanced. From there on out, the game went smoothly for the former Houston Astros pitcher.

Before starting the 2021 campaign, Joe Musgrove did not have the best statistics: in 2020, he registered a 1-5 record, and his ERA stood at 3.86 in 39.2 innings with 55 strikeouts. But now the story took an unexpected turn, and he is quite a hero.

Who is Joe Musgrove?

Born in El Cajon, California, on December 4, 1992, he made his MLB debut with the Houston Astros and was even part of the 2017 World Series champion roster, which was tainted due to signal theft.

The Toronto Blue Jays chose Joe Musgrove in the 2012 Draft, so he left San Diego State University behind. However, he only stayed with the Gulf Coast Blue Jays, a minor league affiliate.

After his time with the Astros, he entered into a negotiation that led him to the Pittsburgh Pirates, with whom he stayed for 3 years. In January 2021, his move to San Diego was announced, and although he did not arrive with great reflections, he is already a historical player in this franchise.

The difference between a perfect game and a no-hitter

Although seeing the zero on the board might make us think that what Joe Musgrove did had a perfect game, there is a small detail that indicates otherwise. Therefore, we will take the opportunity to clarify it at once.

A perfect game in baseball is for the starting pitcher to pitch all 9 innings of the game and retire all 17 batters. That is, he does not allow hits or runs, nor that he walks or hits an opponent, and this advance by default, which happened to the Padres.

This term began to be used in 1908, thanks to reporter IE Sanborn of the Chicago Tribune. Since then, some games of this type have been recorded and with Mexicans as protagonists.

In 1957, Ángel Macías got it as a pitcher in the Children’s League. His story went around the world, was captured in movies, and the historic Sandy Koufax replicated his feat with the then Brooklyn Dodgers.

They Don’t Want Them! Angles Fans Threw Trash Cans At The Houston Astros