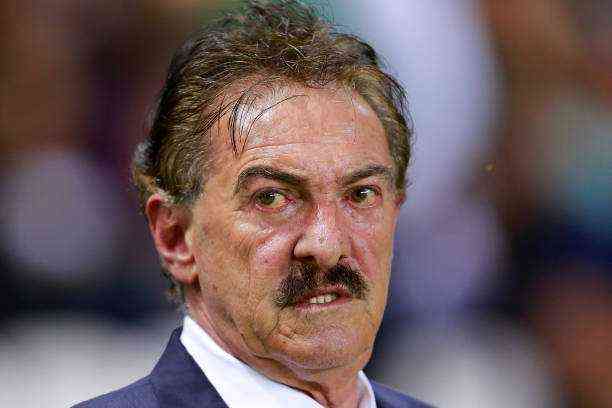 Ricardo Antonio La Volpe will have to appear before a judge to determine if a new criminal proceeding is opened against him.

On July 17, 2018, Ricardo Antonio La Volpe gave a break after a judge issued a release order once sufficient evidence was not found to be prosecuted for the case of alleged sexual harassment towards the then Chivas podiatrist, who was has identified as Belén Coronado.

Almost three years after that ruling, a federal judge ordered the revocation of the Argentine strategist’s release order, which is why it will be determined whether a new criminal proceeding will be initiated against the former member of the Mexican National Team.

THE CASE OF THE CHIVAS AND LA VOLPE PODIATRIST

Ricardo Antonio La Volpe coached Chivas in 2014, when the team was mired in a sporting crisis. On April 18 of that year, Coronado accused the strategist for showing up at his workspace.

The technical director had only a towel on, asked for a massage, and there were struggles. After making this case known, the board that the now deceased Jorge Vergara still headed, decided to fire the helmsman.

While the investigations continued their course, La Volpe directed the disappeared Jaguares from Chiapas, America, and the Pyramids, in Egypt.

WHAT’S NEXT IN THE CASE OF LA VOLPE?

After withdrawing the release order, the federal court issued a formal prison order. Since December 21, 2020, the case was modified in the Fourth District Court of Amparo in Criminal Matters. However, the state was communicated until March 8 due to the coronavirus pandemic, which delayed various procedures.

Now, La Volpe must appear before a judge, who will determine whether to start a new criminal process with their respective new measures, which will determine if ‘El Bigotón’ will be able to lead in the MX League.

IS THERE NEW EVIDENCE AGAINST LA VOLPE?

Ricardo Antonio La Volpe’s lawyer, Enrique Venegas, is already working on the case and assured that the accusing party has not provided evidence that incriminates the Argentine, so he hopes that his client will recover the freedom of the car.

“On August 5, it was said that an arrest warrant would be issued against Ricardo, while on the 27th of the same month, another judge declared him innocent again and created the case. The point is that this is the same case, but there is no new evidence, “he established Marca.

Venegas indicated that for the sake of La Volpe’s public image, he will avoid his presence in the media. “I would prefer not to express further opinions in relation to this case. The fact that I appear in the media only greatly violates Ricardo’s family side,” he argued.

La Volpe last coached in Liga MX in 2019, when he took over Toluca, which he could not lift, so his place was taken in 2020 by José Manuel ‘Chepo’ de la Torre.