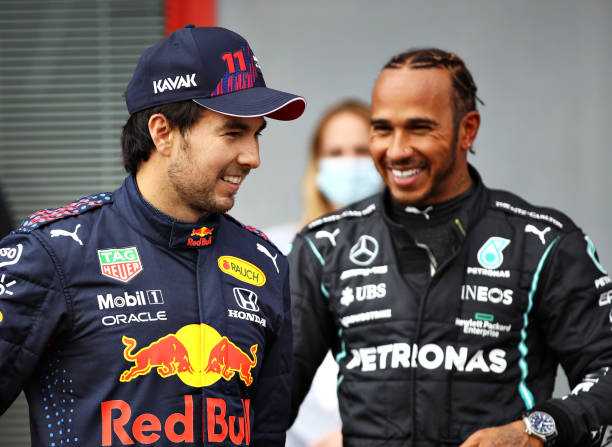 Lewis Hamilton has struggled with the Mercedes setup and the good time of Checo Pérez and Max Verstappen at Red Bull.

Lewis Hamilton’s options to be crowned for the eighth time in Formula 1 are clouded, and the main person responsible for this is Max Verstappen, who is approaching his first championship at the close of the 2021 season.

The Mexican Grand Prix left Mercedes’ illusions damaged, as Hamilton was unable to fight the first place against Max Verstappen, who surpassed him in the first corner of the Mexican circuit and in the last laps, he was severely threatened by the Mexican Checo Pérez in the battle for third place.

The Briton had clashes with Verstappen in the middle of the season to such a degree that he sent the Dutchman over the retaining wall at the controversial British Grand Prix, while at Monza, the Red Bull wheel was literally on top of Lewis’s car.

In recent races, Hamilton has been no match for Verstappen; he has even been at the height of Checo, who beat him an epic heads-up in Turkey, for which Hamilton is aware that in Brazil, the task of closing the gap will be complex.

“(The Red Bulls) had a great pace in Mexico, and their car has been very competitive all year. We have done everything we can, and the last time we came to Brazil, they were very good, so overcoming them will be very difficult,” said the reigning champion at the Brazilian Grand Prix conference, according to motorsport.

Hamilton does not have good memories at the Interlagos circuit. In the last laps of the 2019 Grand Prix, he was overtaken by Alex Albon’s Red Bull, whom he sent off the track in an action that would cost him a sanction, but also, in the last lap Pierre Gasly, aboard a Toro Rosso, beat him in the sprint towards the goal.

In this way, Hamilton suffers with the Red Bulls in Brazil and the Honda engines, and to top it off, Mercedes has struggled to find the perfect configuration in the Briton’s car.

“It is really difficult to explain. There are too many elements to go into detail. But it is a more difficult car to optimize. Some weekends it works, some it doesn’t. We saw in Austin, for example, that the Red Bulls are pretty far away. But getting the car’s full potential has been more difficult this year,” said the Briton, according to racing news.

Verstappen already has a 12-point cushion over Lewis Hamilton in the drivers’ championship, for which the Briton is forced to overtake the Dutchman in Brazil to prevent further take-off.