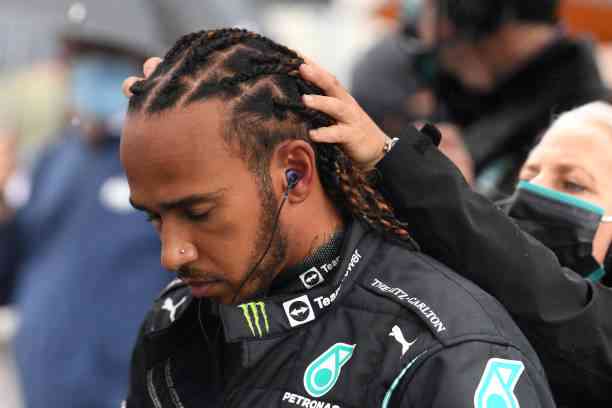 Lewis Hamilton went all-out to Formula 1 for prioritizing commercial aspects with a three-lap race at Spa.

The 2021 Belgian Grand Prix will be marked by Formula 1 fans and drivers, including Lewis Hamilton, after the role, after finishing after three laps behind the safety car (all cars formed without passing), after three and a half hours of waiting in the incessant rain.

The exit of the safety car was enough to decree those three laps as part of a race under the rules of Formula 1, so there was an award and distribution of half the points (here you can see how the classifications were), which it was rated in different ways, not very positive.

Hamilton went with everything to Formula 1

Among the critics, Lewis Hamilton jumped, who was politically correct during the interview during the award ceremony, although after he launched everything against Formula 1.

The broadcast of the race lasted almost four hours, so despite the fact that there was no race as such, the obligations with television and sponsors were fulfilled, and without agreeing that it was correctly decided not to carry out the race for weather conditions, exploded by the way they act and squeeze money from the fans.

“The money spoke. Literally the laps to start the race were just a matter of money. If everyone got their money, I think the fans should get theirs back too, because unfortunately they couldn’t see what they paid for,” Hamilton told Sky Sports.

Ask the fans for a refund

For more than four hours, the fans remained in the rain waiting for the communication of the race control, which was limited to postponing the restart for several periods.

The organization was severely criticized because they knew that the weather conditions were not going to improve, but to worsen due to fog banks and nightfall, in addition to the fact that the track was not going to get rid of puddles.

“It was a sham. Sure you can’t do anything about the weather, but we have a very sophisticated team to tell us what’s going on and it was clear that the weather wasn’t going to improve. We should only have decreed the cancellation, and most importantly, reimburse our fans who are the heart of our sport”, he mentioned.