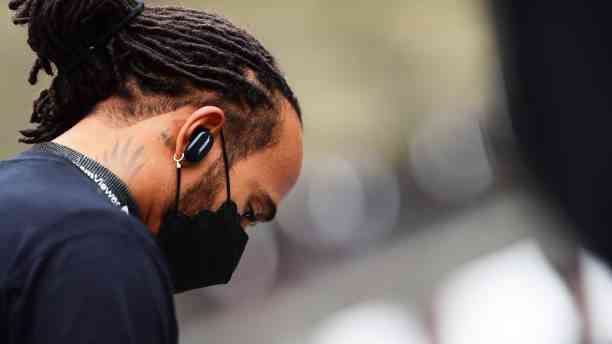 After being left without a podium in the Turkish Grand Prix, Lewis Hamilton claimed responsibility for Mercedes and its strategy in the pits.

Hold on! Lewis Hamilton left very annoyed with all Mercedes of the Turkish Grand Prix, because despite having climbed 6 positions, he did not reach the podium. This took away the lead in the drivers’ standings and, for a moment, took him away from a new title.

From the race, we noticed the difference of opinions between the pilot and the rest of the team. When the Briton was called to the pits, he refused to enter and asked for one more lap to think about whether to change the tires or finish the 58 laps on the tires.

Ultimately, Mercedes’ decision was to change the tires on Lewis Hamilton’s car, which cost them the podium. Valtteri Bottas was able to stay in the first position, but Red Bull took the better part with the 2-3 from Max Verstappen and Checo Perez. This unleashed the reigning champion, who said he would seek answers internally.

“As for strategy, I don’t know what the team thought, but I have to talk to them about why they called me to the pits. But that’s the way it has been, if my idea was correct or not, it doesn’t change much anymore, we’ll meet and talk to the team, because I think we’ve lost some points.

“We will try to react already from the next race. Obviously, today I would not say that I am satisfied with the result, but I am happy to have finished the race,” he told Sky Sports and then kept his version against F1.

The complications that Lewis Hamilton suffered in Turkey

Regardless of the decisions, Mercedes made with Lewis Hamilton, the obstacles came in the form of a Red Bull driver: Checo Perez. The fight for fourth place turned ant-colored when the Briton overtook the Mexican and, in turn, he defended his position successfully.

“The comeback was very difficult, the track did not finish drying, and I did not expect it. I think it was difficult for everyone. In the first phase of the race, he seemed to have a very strong pace, but then it did not finish so well. It was very difficult to handle the temperature of the tire, the level of grip, and the degradation with such difficult conditions,” added Hamilton about what happened.