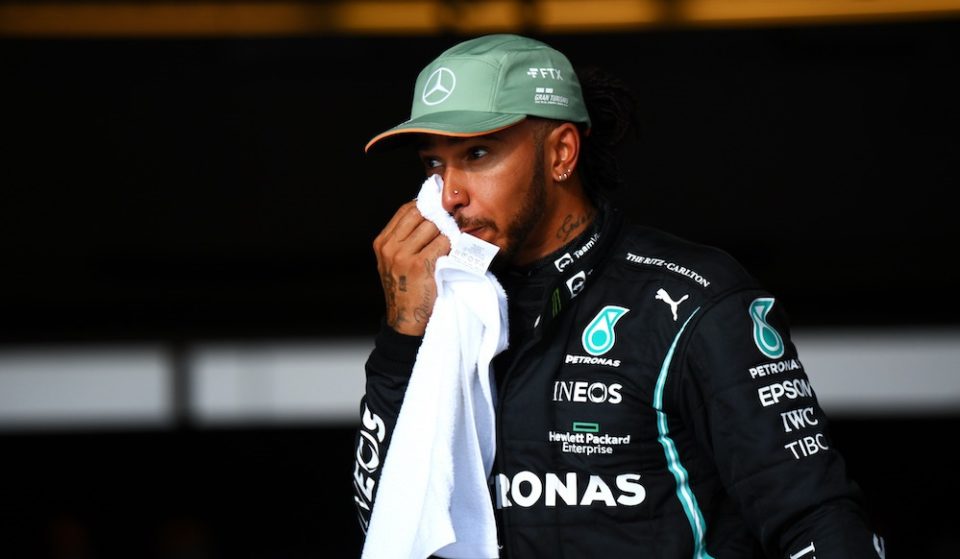 After a long wait, Formula 1 finally delivered its verdict on Lewis Hamilton’s novel and the anomalies in his car regarding the position, measurements, and operation of the rear wing, which failed to comply with the technical regulations and therefore was left at risk of disqualification of the activity on Friday.

Before announcing the sanction to Hamilton, F1 notified a fine of 50 thousand euros for Max Verstappen for having touched the cars in a closed park regime. “Verstappen has been fined for violating Parc Fermé regulations after qualifying on Friday,” announced the Red Bull team.

What does Hamilton’s disqualification mean?

This is very bad news for Mercedes and very good news for Red Bull, who have the opportunity to score points in the sprint classification with Max Verstappen and Checo Pérez, and repeat the dose in Sunday’s race.

Verstappen has a 12-point lead over Hamilton in the drivers’ standings, so he can increase the gap considerably with Hamilton starting from last place. Red Bull is one point behind Mercedes in the constructors’ standings, and if Verstappen and Checo get on the podium, they will take the lead at the end of the Brazilian Grand Prix.

In this way, Mercedes will play its best card with Valtteri Bottas, who will start between Verstappen and Checo in the sprint classification, and then will wait for a miracle with Hamilton, forced to an epic comeback.

Why did F1’s decision take so long?

A steward was the one who reported the anomalies on the rear wing after the qualifying session, for which F1 began an investigation, which had to be notified in the evening of the same Friday, however, it was reported that there was evidence that they were to be tested on Saturday morning.

Max Verstappen was summoned to testify for touching the rear wing of Hamilton’s Mercedes after qualifying. The Formula 1 regulations prevent drivers from touching the cars after each competition, as they are subjected to inspections.

Mercedes, especially Lewis Hamilton, did not like that they took so long with the decision, which delayed their departure on the track for the second free practice. The Briton left with just under 40 minutes to turn on the Interlagos circuit.