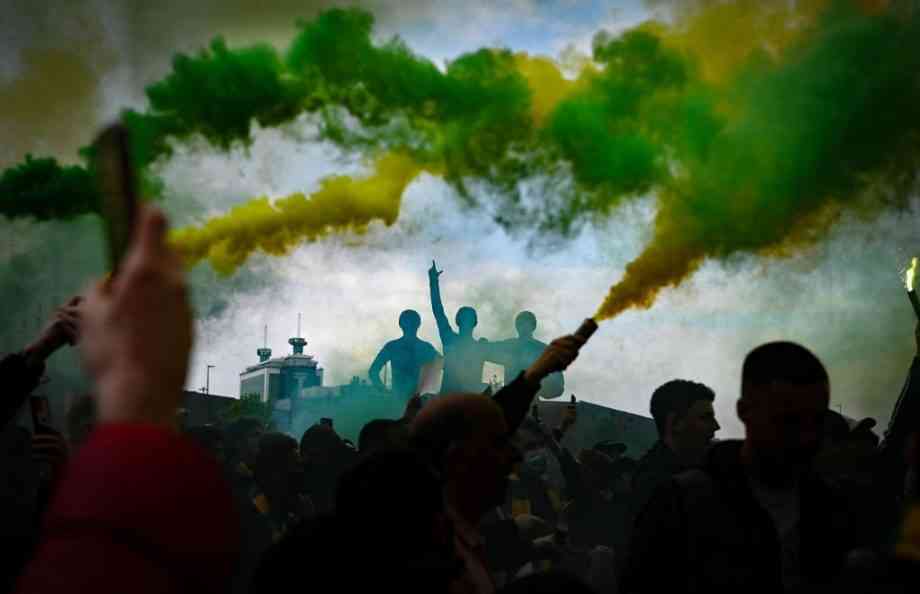 After the embarrassing incident in the Old Trafford field, in which several of the fans entered the field in protest against the owners of Manchester United, the brothers Joel and Avram Glazer, another (painful) episode was it lived in the blood of the team.

These not only remained in the invasion of the facilities, and that the match between Manchester United and Liverpool had to be postponed. But also some of the pseudo-amateurs attacked several journalists covering the events, but there were also clashes with the police.

Not all Manchester United fans were responsible for the unfortunate event, but those who did not participate in the “visit” to the Theater of Dreams decided to start a movement on social networks and went directly to their profile.

On social media, complaining is a day-to-day thing, either against the government and even against the family itself, so United fans went to the Glazer account to recriminate him and ask for his resignation, but apparently, they didn’t do their job well because they didn’t go directly to the Manchester owners’ accounts, but to someone else’s.

And that he owns his club, and they don’t even know him, because the target of his attacks was a Glazer, but none of those who own Manchester United, but an NFL commentator named Jay Glazer, who had to suffer the anger of the fans on their social networks.

Their owner was mistaken for an NFL character

Jay Glazier had the misfortune to share a last name with the family that owns Manchester United, so a storm of comments against him reached his notifications and although he is part of the world of sports, but not football, he had to get in context in the same way.

Some of his responses were to remind fans that he did not own Manchester United and that he has nothing to do with his surname namesakes: “My family is from Brooklyn, not Tampa, we do not own Man U” and also: “We cannot sell it because we are not the owners.”

Jay Glazer did not overlook the opportunity to troll Manchester United fans, as he was also ironic in one of his comments about this confusion: “You can’t be such a good fan of them (about Manchester United) if you think that a reporter from the NF.”

Although there is no relationship between the Glazers, it can be understood that it can be confused, because the brothers who own the ManUtd, also own an NFL team, in fact, the champions of American football, the Tampa Bay Buccaneers.