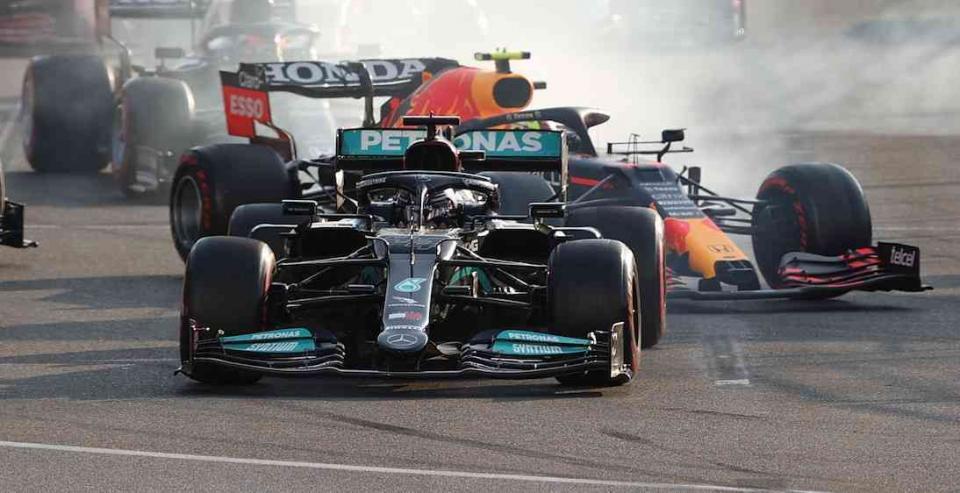 Lewis Hamilton did not like the measure, but Mercedes does not want to make this mistake again in the French Grand Prix.

Do you remember the shameful moment when Lewis Hamilton went straight after beating Checo Perez in the restart of the Azerbaijan Grand Prix? Well, for the French Grand Prix, Mercedes will make sure that it does not happen again, since it completely blocked the button on the British driver.

During the Azerbaijan Grand Prix, Hamilton mistakenly pressed a device known as a “magic button” which pushes the brake balance forward and locks the rear tire brakes. The button is part of the car’s steering wheel, so the Englishman pressed it when attacking the first corner.

So that this does not happen again, Mercedes blocked the button with some kind of panel or cap, so that if Hamilton accidentally presses it again, it will not activate the front brake setting and if you actually want to use it, then you have to press it strongly.

“We have not moved it, we have only covered it with a cover to be sure of not being able to accidentally touch it in the future, but that is in the short term,” said Hamilton, according to Mundo Deportivo.

Hamilton is not happy with the blocking

Toto Wolff, head of the Mercedes team, indicated that Lewis is not satisfied with the measurement of the team, because now he must make a greater effort to reach and activate the button, which must activate it while running at more than 100 kilometers per hour while receiving instructions over the radio and activating other settings.

“There is only a small cap on the bottom. Now we have to figure out how he can reach it because right now he is saying that he is not entirely happy with how to reach the button,” said Wolff.