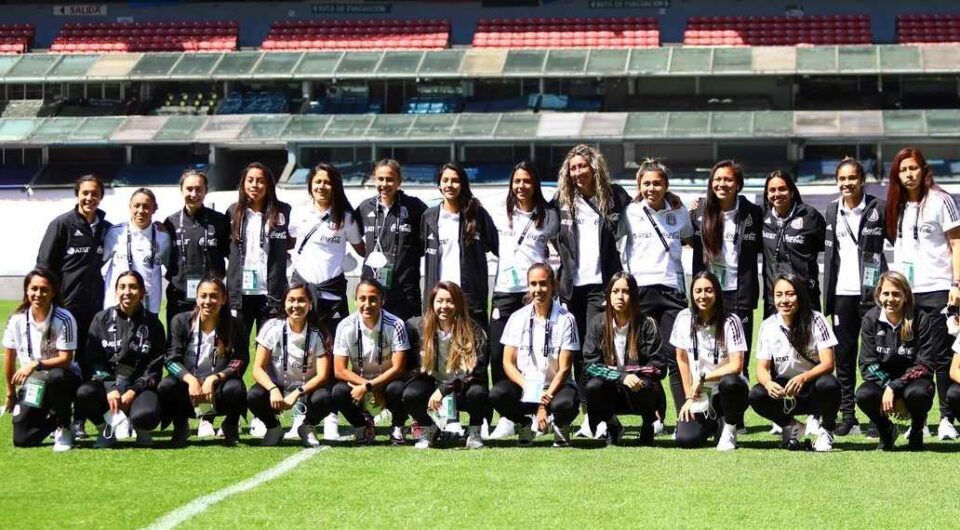 Mónica Vergara goes with everything: The strategist will live her first European tour with the Mexican Women’s National Team, in which she will face Spain.

The good news continues! It took 2 years for the Mexican Women’s National Team to leave the country to play a match, and now, under the command of Mónica Vergara, they will face Spain in a friendly on April 13.

The stage will be the Antonio Lorenzo Cuevas Municipal Stadium located in the city of Marbella. One more duel could still be confirmed for this European tour, which by the way is the first in the new strategist’s cycle.

The Mexican Women’s National Team’s visit to Spain was scheduled for Tuesday, April 13, at 12:00 hours Central Mexico time and at 19:00 hours, Spanish time. For now, it is unknown if there will be a transmission.

In late February, it held the first FIFA date of 2021. There, the Tri welcomed Costa Rica on 2 occasions, the first at the Estadio Azteca and the second in the High Performance Center, both meetings counted with transmission to through television and then on social media.

All these preparation meetings have a firm objective: to qualify for the 2023 World Cup. Mexico was already out of the Tokyo Olympics, and the changes on the bench were made with the intention of improving results.

What to expect from the Mexican Women’s National Team?

After what we saw against Costa Rica, it was clear that Mónica Vergara is looking for an offensive team, which is divided between experience and youth. As it is a European tour, there will surely be a base of footballers who are active in Europe.

Kenti Robles, Cecilia Santiago, Silvana Flores, and Kiana Palacios are some names that appeared in the previous call. However, there is one more player who could be key in the future: Charlyn Corral.

It is not a secret that the Atlético de Madrid attacker was relegated in previous processes, especially in Christopher Cuéllar’s. Vergara has repeatedly said that he does not close the door on her, but before summoning her, he hopes for a full recovery from the cruciate ligament injury he suffered in October.

However, the last call for the men’s team showed us that anything is possible. Raúl Jiménez joined Gerardo Martino so that the DT is aware of his recovery, and in the best of cases, the same would happen with Charlyn Corral.

As for the players who play in the Liga MX Femenil, Vergara could call on stars like Alicia Cervantes, María Sánchez, and Alison González; others like Katty Martínez, would be in doubt due to injury.

The last visit of the Mexican Women’s National Team to Europe was in March 2019, to the Cyprus Cup. It was played against the Czech Republic, Thailand, Hungary, and Italy in that friendly tournament.

What Do Max Verstappen And Lewis Hamilton Need To Be 2021 Formula 1 Champion?