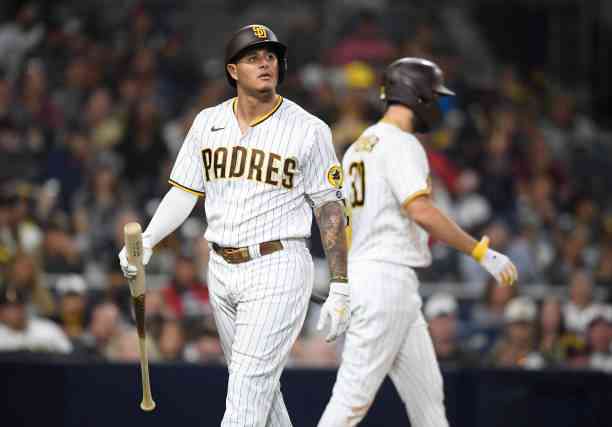 The San Diego Padres began 2021 as candidates to reach the World Series and are now eliminated from the playoffs with a severe crisis.

Failure? The San Diego Padres looked to be having a great season in MLB, and as 2021 progressed, their results dipped worryingly. This ended up leaving them with no chance of participating in the postseason, even if it were for a place in the wild card.

Third in the NL West, the Padres have 78 wins and 77 losses. They are already a long way from the Giants and Dodgers, who boast 101 and 99 wins, respectively. The desperation was reflected in the players, even Fernando Tatis and Manny Machado had strong friction in the dugout.

So what happened to San Diego? We tell you:

Since the restart of the post-All-Star season, the San Diego Padres have been in deep trouble. Regardless of losing, the important thing about their losses is that they came against their direct rivals in the fight for the playoffs: Giants and Dodgers, to name a few.

To keep any kind of hope alive, the team had to impose conditions at home or away … but this was not achieved.

Although we already know what happened against direct rivals, curiously, these were the ones who starred in the most recent series against the San Diego Padres. If we take into account the last 20 games of the team, we will find a great reflection of the opportunities they missed.

From September 3 onwards, series were played against the Astros, Angels, Dodgers, Giants, Cardinals, and Braves. From that day until September 25, San Diego lost 13 games and could only win 7.

They still have the conclusion of the series against Atlanta ahead of them, and later they will meet again with Los Angeles and San Francisco to do some evil to them before the postseason.

Inconsistency in the pitching of the San Diego Padres

Pitchers like Yu Darvish and Blake Snell had a mixed season with the San Diego Padres. Although the Japanese started in good form, in his last 7 outings, he was only able to win one game and take 4 losses.

Snell is the other side of the coin, with a touch of bad fortune. At first, he did not seem like a decisive pitcher, then he took his 1.83 ERA and ended up injured, probably without the possibility of returning to the mound in the next few days.

Petco Park does not weigh in the MLB

If the statistics on the San Diego Padres games did not seem enough, there is one more. Since August 20, the team led by coach Jayce Tingles has played 16 games at Petco Park.

Of those, 11 are defeats. And yes, against the same teams, that could have meant a new opportunity for the Padres to seek the wild card to the postseason. Wherever it is seen, the team had a very important drop in its performance, the gunpowder went out at the least indicated moment.