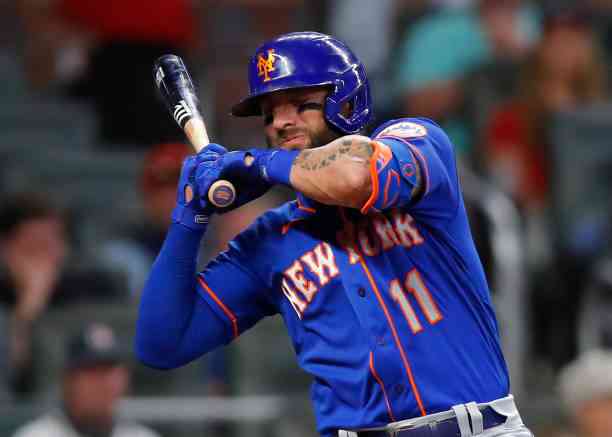 The New York Mets’ victory over the Atlanta Braves took a backseat to what no one likes to see happen: right fielder Kevin Pillar was hit by a 94 mph pitch that caused him to bleed immediately.

The shocking images went around the world, but what is really important is that the player was able to leave the diamond on his own foot. On the mound was Jacob Webb, who had thrown at the knees, and on his fifth pitch of the game, the ball went out of control.

The impact caused Kevin Pillar to fall to the ground immediately. However, the New York Mets have not issued an official position on the health of their outfielder, as they are awaiting the results of medical examinations.

It should be noted that the play was completely accidental. In fact, as soon as Webb realizes what has happened, he crouches on the mound, and his expression betrays surprise; likewise, manager Brian Snitker decided to relieve him immediately.

Kevin Pillar is not the first

It is not the first time this has happened in the MLB season: Bryce Harper received a similar pitch in the last days of April. The also right fielder was hit by an even more powerful ball from Génesis Cabrera, as it was going almost 150 miles per hour.

In the game between the Philadelphia Phillies and the St. Louis Cardinals, the difference that day was marked in that Harper did not bleed and was able to continue. However, the pitcher went out of control again and immediately hit the American in the ribs.