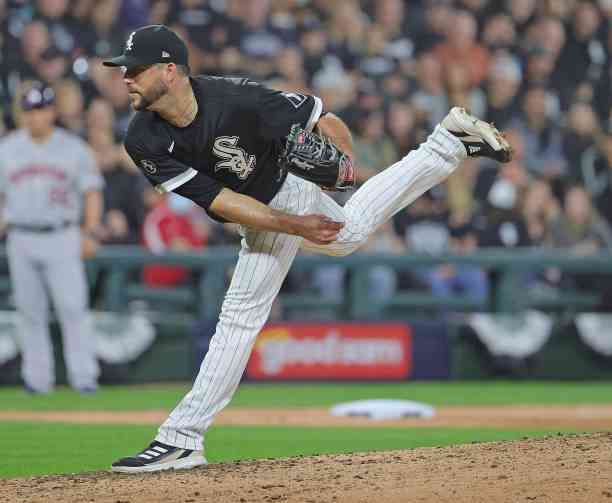 Back to the old ways? The 2017 World Series title boasted by the Houston Astros was tainted by the theft of signals orchestrated by the same organization. No one forgets, not even pitcher Ryan Tepera of the Chicago White Sox.

The 2021 divisional series pit the Astros against the White Sox, who now claim to have noticed some strange things when they visit Minute Maid Park. For now, that series is 2-1 in favor of Houston, who only need one more win to get closer to a new Fall Classic.

However, the mission is not easy against the American League center champions. Game four was postponed due to weather conditions at Guaranteed Rate Field and will take place on Tuesday, October 12 at 1:07 p.m. However, Ryan Tepera overwhelmed his rivals before that.

With an unsubtle hint, the Chicago reliever pointed out that in the Astros territory, you always play differently. For this reason, he stated that anyone could notice that the way players are batting changes from one venue to another, although he also stressed that their priority is only to win.

“Of course, they have a reputation for doing weird things around the house… Let’s just say it shows a bit of a difference. I think you guys could see the swings that missed tonight in contrast to the first two games at Minute Maid. But that’s not the main story, we came to play and compete. We are going to do our best thinking about what they will do,” Tepera said at a press conference.

The steal of Astros signals remembered by Ryan Tepera

Although there is no hard evidence or investigation against the Houston Astros at this time, Ryan Tepera is not speaking on the scoreboard. As we already remember, some of his now rivals have already won a World Series by cheating, and millions of MLB fans still do not forgive them.

The system designed by the Astros evolved little by little. Later it was discovered that they worked through sensors, and even with garbage cans, depending on how they were hit, the indication of what type of ball the rival pitcher was going to throw was given.

There were sanctions, firings, and boos for Houston in every plaza he visited. However, this was not enough, and there were people who bought inflatable garbage cans to throw them at the diamond when they met the ninth command by Jose Altuve.