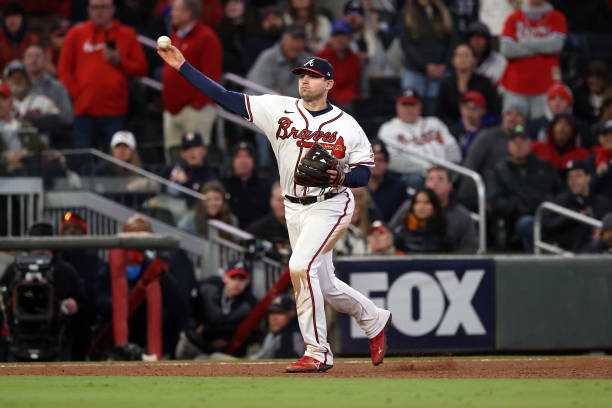 The Atlanta Braves stayed with the fourth game of the World Series against the Houston Astros, who need three miracles to come back.

The World Series already smells like a champion. The Houston Astros won the fourth game until the sixth inning, but the home runs of Jorge Soler and Dansby Swanson turned the scoreboard for the Atlanta Braves, and this Sunday, July 31, we could have a champion.

The Braves leave the series 3-1, so they are just one game away from being crowned the new MLB kings after 26 years, while the Astros are forced to win Game 5, again on the road. To stay alive and bring the series back home.

The only victory for the Astros was in the second game, in which the Mexican José Urquidy won the victory although he had no participation in this game.

Houston put numbers on the board when Carlos Correa opened the door for José Altuve in the first inning, but the Astros began to believe in the fourth, when Altuve himself hit the first home run of the night, with which things turned. They put 2-0.

But the Braves showed signs of life two episodes later, with an Austin Riley single that boosted Edie Rosario’s career, and the best would come in the seventh scene.

First, Dansby Swanson homered Cristian Javier for right field, and then Jorge Soler sentenced him with the second home run for the Braves and the third of the night.

Which teams have come back from 3-1 in the World Series?

Only five teams have come back from 3-1 in World Series history. First, it was the Pittsburgh Pirates in 1925 against the Washington Senators.

Then it was the New York Yankees in 1958 against the Braves, then from Milwaukee.

It took 10 years for him to see another epic comeback in the World Series. In 1968 the Detroit Tigers knocked out the St. Louis Cardinals in the seventh game.

The fourth comeback was in 1979, and for the second time, the Pittsburgh Pirates did the feat, now against the Baltimore Orioles.

The most recent antecedent was the Kansas City Royals, who saw the Cardinals’ face, in 1985.

The former president of the United States, Donald Trump, was present in the fourth game of the World Series, and not all the fans were amused, especially those of Houston.

Trump was also present in some games of the 2019 World Series, to support the Washington Nationals, and although he was booed, Washington won, precisely against the Astros. Will history repeat itself?