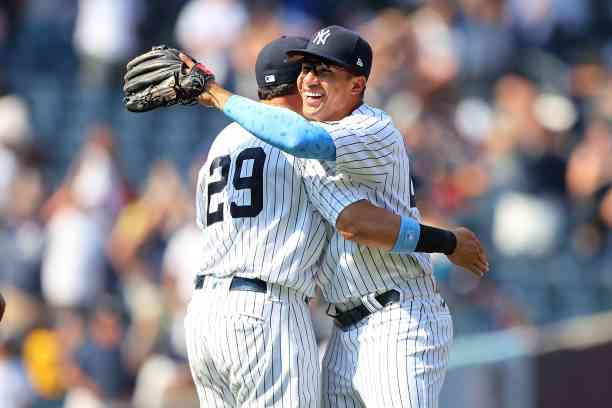 Triple-play is one of the most unusual plays in baseball, and the New York Yankees have gotten two in the last week.

In what has been a very irregular season in terms of results, the New York Yankees stand out for giving us luxury plays on defense, and the series against the Oakland Athletics was no exception, as it ended with an incredible triple-play.

The ninth led by the likes of Aaron Judge, Gio Urshela, and Giancarlo Stanton has edged out Oakland in two of the last three games. However, the finishing touch to these games came with a cardiac ending.

Aroldis Chapman was the pitcher in charge of closing the last game of the series, and in the bottom of the ninth inning, he seemed to be in trouble. He faced Sean Murphy with men at first and second base; while the score was 2-1 in favor of New York.

Murphy hit Chapman’s 11th pitch to third base for the first out. The second fell for a second thanks to the strong position of DJ Lemahieu, and the last was courtesy of Chris Gittens, who stretched in an incredible way to finalize the third triple-play of the Yankees in 2021.

Oakland became the second NY victim with such a play in the last week to make matters worse. Before that, it happened against the Toronto Blue Jays, in the Yankees’ 8-4 victory.

While it is true that a pair of triple-plays does not fix the Yankees season, the ninth has slowly recovered from one of the worst starts in its history. With 38 wins and 33 losses, the Bronx ranks third in the American League East division.

One of the aspects that have played against them since Opening Day is the offense: they registered 281 runs, 543 hits, and only 90 home runs.