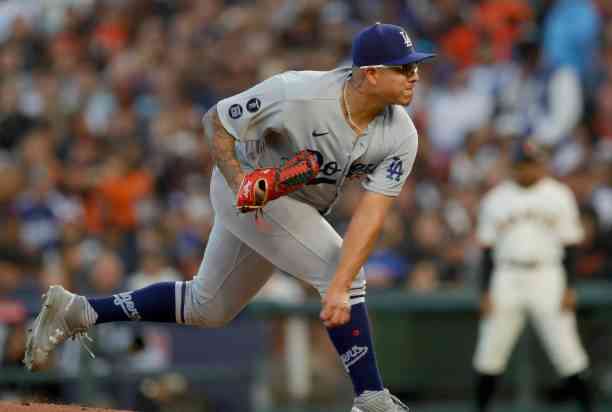 Did you imagine it? Julio Urías shines in the MLB, but he is also a soccer fan, he has a great love for his native Culiacán and for music.

Julio Urías is a star in every expression of the word. He had an extraordinary season as a starter for the Los Angeles Dodgers and already has a postseason victory in 2021. However, the pitcher is also surprising outside the diamond, and therefore, today, we present you 5 facts that you did not know about the ‘Culichi.’

He is a fan of Real Madrid

The Major League Baseball starter isn’t just a fan of the King of Sports. Soccer is his other passion, as it happens with other Mexicans, and he aspires to travel to Spain to get to know one of the great cradles of football. That happens because he follows Real Madrid, and – curiously – he also admires Kylian Mbappe.

“I would like to go to Spain. I really like soccer, and there are the best teams; Real Madrid is one of my favorite teams. I met Mbappé (at Dodger Stadium), and it was very nice. I’m a huge soccer fan, and he also wears the number 7,” he says.

The love for Culiacán and for gastronomy

Julio Urías is the pride of Culiacán, Sinaloa, and he always boasts the gastronomy of the land where he was born. The seafood and beans pigs can not miss in your kitchen, but says he always is looking for good restaurants in Los Angeles to keep close to their roots.

“I am from a state that is known for food, seafood is traditional and I am very proud to be from Culiacán. I try always to be eating good seafood, good tacos , looking for different places“.

His idol is his dad and also David Ortiz

There are many players who carry baseball in their veins, and Julio Urías is no exception. For that reason, one of his great idols is his father, who brought him closer to this sport and helped him take his first steps in it. Today a consolidated pitcher, he dazzled with his left arm in land and did not forget the figures to follow beyond the family.

“My idol in life is my dad, he was the person who taught me to do what I do. Already in baseball, it is David Ortiz.”

The ‘Culichi’ also enjoys cinema and feature films. In a ‘Coffee with Julio,’ a recurring section of the Dodgers with their players, the pitcher also revealed that he has been a fan of ‘Transformers’ since he was little. However, when it comes to music, there is much more to talk about.

“There are several (artists) in Mexico, the genre that I like is the regional one. Los Dos Carnales are one of my favorites and a song by them, ‘El Envioso’. I like the band more because it is used more in my land, it is more about dancing, “he explained. And precisely to honor his tastes, the group accompanied him during his bobblehead night at the end of September.

Julio Urías is afraid of heights

As you read it, Julio Urías flees from everything that has to do with a high place. And not only that, his fears also reach the cinema: “Horror movies are something that is not a good choice. And I hate heights, I don’t like games that are tall, I’m very afraid of it.”