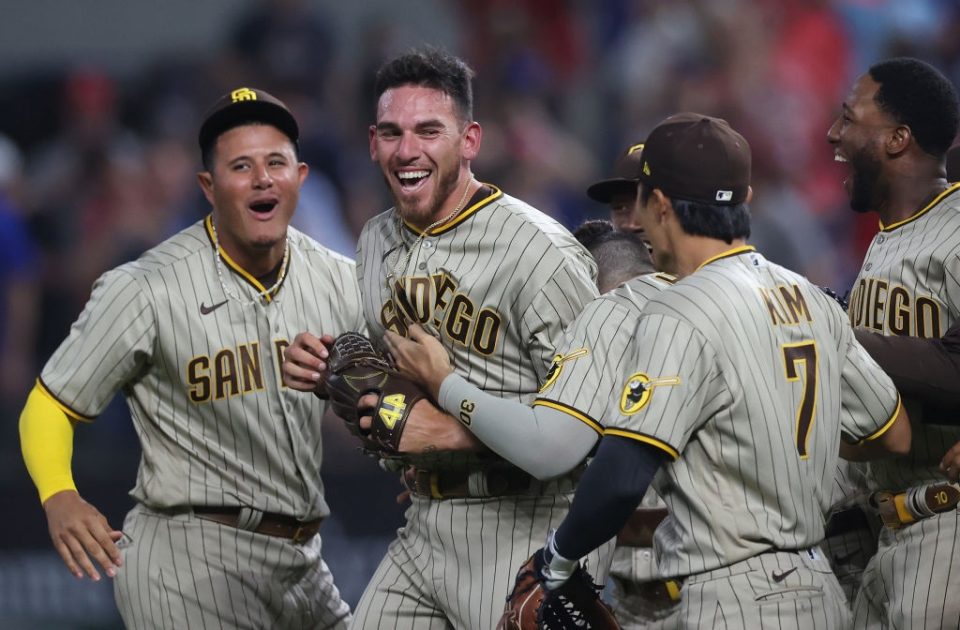 Historic season! No-hitter games filled 2021 with joy in MLB and broke a record that had not been achieved in 137 years.

After an atypical 2020, baseball returned with everything. Pitchers have taken the spotlight with several no-hitter games during the 2021 MLB season, which could break an all-time record.

From April 1, when Opening Day took place, to today, we have seen 9 no-hitters or a run in the majors. This is not only a good thing for pitchers, but it led us to see some very interesting records being broken.

The pitcher who opened the no-hitter account in 2021 for the MLB, was nothing more and nothing less than that of a team that had never made it. Joe Musgrove signed with the San Diego Padres with bleak stats, but he left any doubts behind by facing the Texas Rangers on April 9.

With previous experience in Houston, Toronto, and Pittsburgh, this pitcher left an indelible mark. The Padres’ first no-hitter game had to wait 52 years, and a newcomer got it.

Carlos Rodón with the White Sox

The second no-hitter in the 2021 MLB season came from the 28-year-old Rodón. He went down in Chicago White Sox history on the night of April 14 against the Cleveland Indians, and this was the 20th no-no in his team’s history.

John Means, to the history of Baltimore

The Olathe, Kansas, native pitched the 10th no-hitter in Baltimore Orioles history on May 5. His date with history occurred at T-Mobile Park against the Seattle Mariners, and the only error of the game appeared in the third inning, when Sam Haggerty reached base.

After Means did, a major series of no-hitters and no-run games was unleashed. Joining the list was Miley, a left-handed pitcher for the Cincinnati Reds, who did the same on March 7 when he faced all 27 Cleveland Indians batters (yes, again).

In addition to being the 17th no-hitter in franchise history, he was the second in less than 3 days for the 2021 MLB campaign.

And because apparently, it’s not enough, the Detroit Tigers’ Turnbull repeated the dose to the Mariners. The fifth no-no of the season was recorded on May 19, as only 2 Seattle running backs were able to reach the bases.

Corey Kluber shone with the Yankees

Only 24 hours passed between Turnbull and the brilliant performance of the New York Yankees’ Corey Kluber. This meant reaching another historic mark, since in 1990, Fernando Valenzuela and Dave Stewart threw no-hitters or runs in less than 2 days, on June 29 exactly.

What is now done by Turbull and Kluber happens almost 31 years later. However, inside the Yankees, there was talk of breaking a famous unwritten rule, which could end with the achievement of his pitcher.

“(Brett) Gardner came up to me in the seventh inning and said, ‘You do know we have a no-hitter in the works, right?’ And I said ‘but say it quietly“, this is because it is considered unlucky to talk about these possibilities, or even about a perfect game if the match is not over.

It took more than a month to see another such game, but it happened against the Los Angeles Dodgers. The Chicago Cubs not only achieved this great achievement against the reigning champions, but they did it with 4 different pitchers.

Zach Davies, Ryan Tepera, Andrew Chafin, and Craig Kimbrel went through the mound to silence Dodger Stadium. Between all they awarded 8 walks per ball, but their work and that of the defense prevented the rivals from achieving anything else.

This represented the first combined no-hitter in Cubs history and 17th for the franchise. Ultimately, the victory was left to Davies’ statistics.

Is there a better way to present yourself as a MLB starter? On August 14, Gilbert was chosen by the Arizona Diamondbacks to appear on the mound against the San Diego Padres and gave a pleasant surprise. The eighth no-hitter of 2021 in the MLB came with 3 walks.

One of the most emotional images that this game gave us was the celebration of the pitcher’s father, who burst into tears when the last out was called.

One of the pleasant surprises of the 2021 season is the Milwaukee Brewers of Mexican Luis Urías, and they got a no-hitter on September 11 against Cleveland. Corbin Burnes and Josh Hader got the second game of its kind in franchise history.