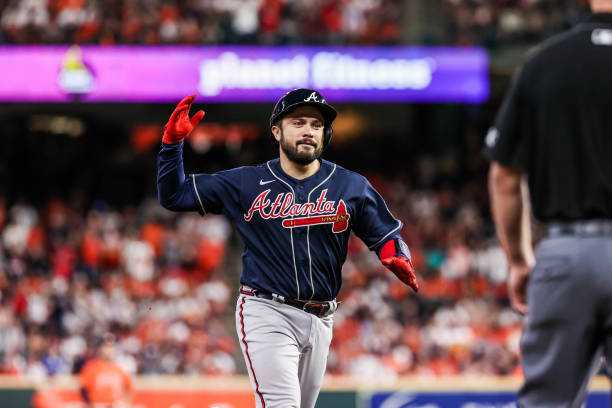 Magical October: Astros and Braves star in the 2021 World Series after dropping the Red Sox and Dodgers.

The Atlanta Braves delivered the first blow of the World Series, after winning the first game against the Astros, in Houston, so this lends itself to thinking about the possibilities of seeing a shutout in the series, and the story ends in four games.

The Braves conditioned the first game in the first three innings, in which they led Houston 5-0, so that the victory was overwhelming at the end of the nine innings: 6-2.

The Fall Classic was defined in four games in 2012, when the San Francisco Giants defeated the Detroit Tigers.

When and where to watch Game 2 of the World Series?

The second chapter of the World Series is played this Wednesday, October 27, at 7:09 p.m, again in Houston. The transmission will have alternatives through Fox Sports, ESPN, and Channel.

In the event of a victory for the Braves, the series will be well underway for Atlanta taking into account that Thursday is a rest day and starting on Friday, the third game will be played at the Braves’ home.

The Houston Astros secured their ticket to the Fall Classic by beating the Boston Red Sox in 6 games. With an impeccable defense and Cuban Yordan Álvarez at the forefront of the offense, those led by Dusty Baker entered their third World Series in 5 years.

The interesting thing about this team is that the world of baseball has not forgiven them. The 2017 champions were discovered stealing signals, which gave them an advantage during that season and that despite the sanctions, they still give something to talk about in the MLB.

For their part, the Atlanta Braves left the reigning champions: the Dodgers, on the road. The Los Angeles team had a good closing to the regular season, but they fell on offense in the end, and it was not enough to come back from 3-1 as it happened last year.