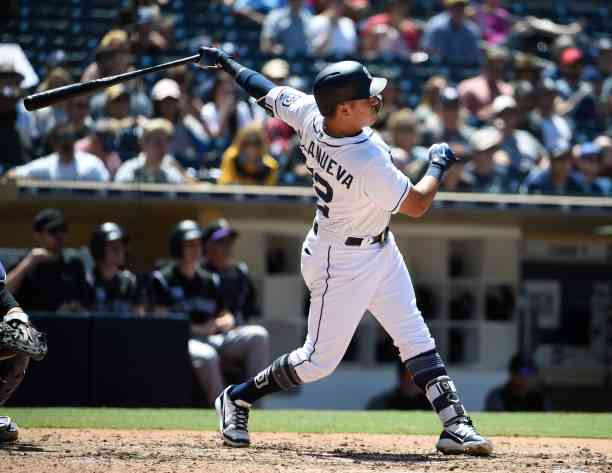 The star reinforcement of the Gray Ghosts for the 2021 Season of LMB accepts that his maximum illusion is to be a champion in his first year.

After pointing out that he reaches an emblematic team in professional ball, third baseman, Christian Villanueva, said that he will seek to be champion with the Sultans in his first season in the Mexican Baseball League, for which he joined the training sessions of Spring of the Gray Ghosts, just a month after the Playball is sung when they visit the Acereros de Monclova on May 20.

“I feel very happy to join a team as emblematic as the Sultans and to be able to share the same club house with players like Ramiro Pena, Amadeo Zazueta, the truth is a happy clubhouse, my teammates received me very well, and I’m happy of my arrival in Monterrey”, declared the third baseman.

The Jalisco baseball player played two seasons in the Major Leagues with the San Diego Padres. In 2018, he hit 20 home runs and drove in 46 runs. In 2019 and 2020, he played professional ball in Japan, with the Yomiuri Giants and the Nippon Ham team.

This summer, he will arrive to join the core part of the Monterrey team line up, along with Víctor Hugo Mendoza and the Dominican, Yamaico Navarro.

“It is a great experience to have been in two countries with a very good ball, right? Now it will be the return to my country. I am very happy, and I only hope to meet the expectations of the manager, the public, the team,” he said.

“I come to be Christian Villanueva, I come to give my best, we still have a month left, so we have a lot of time to prepare,” added the player, who said that this year the fans will have a great show on the pitch with Long-time Major League Baseball players on different teams in Mexico.

The 29-year-old third baseman said he will seek to offer numbers that will allow him to remain in the Mexican National Team heading to the Tokyo Olympics.

In the preseason of the Sultans, only the foreigners, Elvis Araujo and Yamaico Navarro, have yet to report.

Monterrey will begin their preparation games this weekend with three games in San Luis Potosí against the Saraperos de Saltillo, scheduled for Friday, Saturday and Sunday.