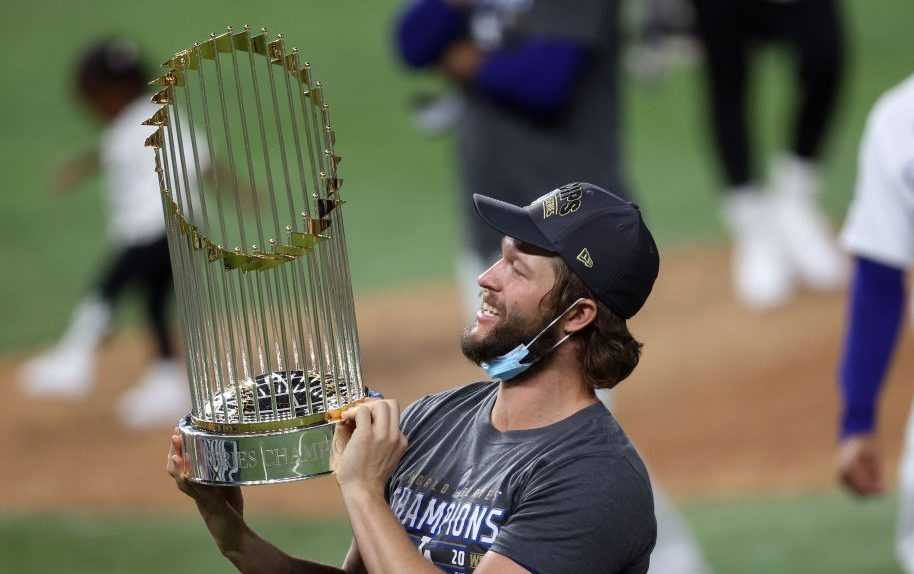 The MLB’s trophy to the World Series champion is different from any other sports league in the US, and we will tell you why.

The Atlanta Braves are getting closer to a new World Series title as they are 3-1 over the Houston Astros. Among all the hype generated by these 7 (or less) games is the now famous trophy ceremony that is presented on the diamond.

Few of us know that this championship reminder is named after one of the most important characters in MLB: The Commissioner . That role, which is often complicated and involves decisions that do not please the rest, is the same one that has a certain role at the end of the World Series.

After defeating the Boston Red Sox, this trophy was presented for the first time in 1967 to the St. Louis Cardinals. The design is usually very similar because it is created each year differently.

However, before there were big changes in the trophy awarded to the World Series champion team. It was originally the Dauvray Cup in honor of actress Helen Dauvray. Once it was gone, the Temple Cup was created.

It measures 61 centimeters high without counting the base, and its diameter is 28 centimeters. The weight amounts to about 14 kilograms, and it is mostly made of silver. The flags are the exception, as there are 30, they represent each of the MLB teams and are made with gold.

At the base, we can see the signature of the commissioner, who today is Rob Manfred. Likewise, the phrase “Presented by the Baseball Commissioner” and “World Series Champions” are recorded. The original design is from Balfour Jewelers.

As a fun fact, this is the only trophy in the sports leagues in the United States and Canada that does not bear the name of a particular person. The Vince Lombardi or the Larry O’Brien Championship Trophy are just a few examples.

And to all this … what is the origin of the name of the World Series?

One of the most common explanations, but erroneous, is the one that attributes the name of the World Series to the sponsorship of the newspaper New York World Telegram. However, the true origin is related to Barney Dreyfruss, who owned the Pittsburgh Pirates.

In 1903 he was commissioned to “challenge” the Boston Red Sox to a World Championship Series. This is because the Pirates stood out as the best team in the National League and the Red Sox in the American.

However, the main argument for considering that as the first World Series has to do with the MLB. The Major League Baseball organization recognizes it as the first in history, as it is the first confrontation between the champions of each League.