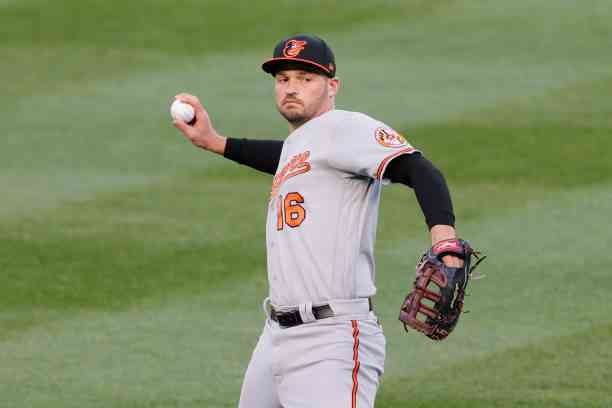 In an almost Hollywood story, Trey Mancini defeated cancer and appeared, again, before his fans in Baltimore.

Baseball gives us stories that could easily be told in films worthy of winning an Oscar and this Thursday was one of those moments. Trey Mancini was greeted with a standing ovation at Baltimore Orioles Stadium.

In the home presentation of the Baltimore Orioles, it was also the return to his house of Trey Mancini, although he had already played some away games, this April 8, he returned to Oriole Park after defeating colon cancer.

One of the most moving moments of the season, which has started, as Mancini appeared on the field to greet the fans, was the first time he played after beating cancer, and all the fans gave him a big ovation.

But, it is not the first standing ovation he receives this season, because, during spring training, he was received in the same way, with a standing ovation, which brought the Orioles first baseman to the brink of tears.

March 6, 2020, Trey Mancini underwent an upper endoscopy and colonoscopy. Doctors thought they might find stomach ulcers or celiac disease. Instead, they found a mass in the horizontal portion of his large intestine.

That afternoon, a CT scan confirmed that her tumor had not metastasized to other organs, meaning her cancer was stage two or three.

Return to MLB with the Orioles

Almost like a dream, he made his first regular season appearance on Opening Day at Fenway Park in Boston when he landed a hit and scored a run in the Orioles victory. Unfortunately, on his return to Oriole Park, he could not get a hit and only made one run for a 4-3 loss to the Red Soxs.