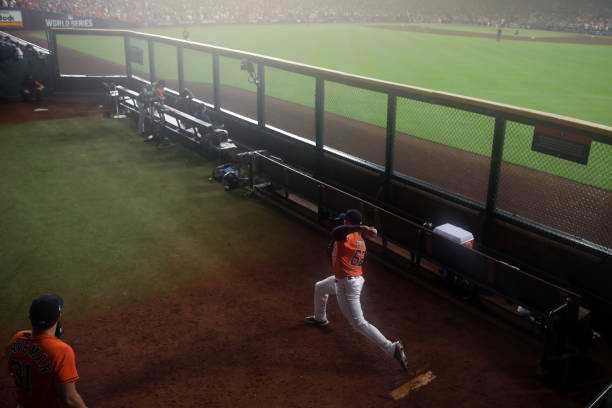 There are certain terms to designate areas in baseball, where pitchers warm-up is called ‘Bullpen’ and PETA wants to change this name.

For all lovers of the baseball world and not so diehard fans, you have heard the term ‘Bullpen’ at least once in a broadcast, in a talk, or in some way. That’s what pitchers warm up to before entering the game, but PETA doesn’t want to be called that.

In the heat of the MLB World Series between the Houston Astros and the Atlanta Braves, the subject of baseball is in trend, and it is the moment that PETA took to make a campaign in which they want to change that term of the sport.

A press officer, PETA, said they want to strike out the word ‘Bullpen’ in baseball. This word refers to the waiting area where the terrified bulls are kept before slaughter, or at least they mentioned in the letter.

But they not only want to remove that term from the classic words of baseball history because they got creative and as a major league pitcher, but they also launched a name proposal for the area where pitchers warm-up: “Arm barn,” If we translate it into Spanish.

Where does the term ‘Bullpen’ come from in baseball?

Well, believe it or not, the term ‘Bullpen’ was not even designated the first time for the area where pitchers warm up before relieving one of their teammates on the mound. It was first used in an 1877 Cincinnati Enquirer article, but it referred to the stands.

But it wasn’t until 1924, in the Chicago Tribune, that the term was used to refer to a team’s reliever ranks, nearly 50 years later. In fact, these days, some commentators call the entire body of relief pitchers’ Bullpen’.

For a long time, each MLB team has had its own area for hot pitchers, they are separated from each other, and it depends on the stadium, you can be near the foul areas or in the outfield, that’s why when there is a fight, they are the last to arrive.

Sammy Sosa, The Dominican Player Who United The United States After The 9/11 Attacks

Trey Mancini: From Overcoming Cancer To Runner-Up In The MLB Home Run Derby