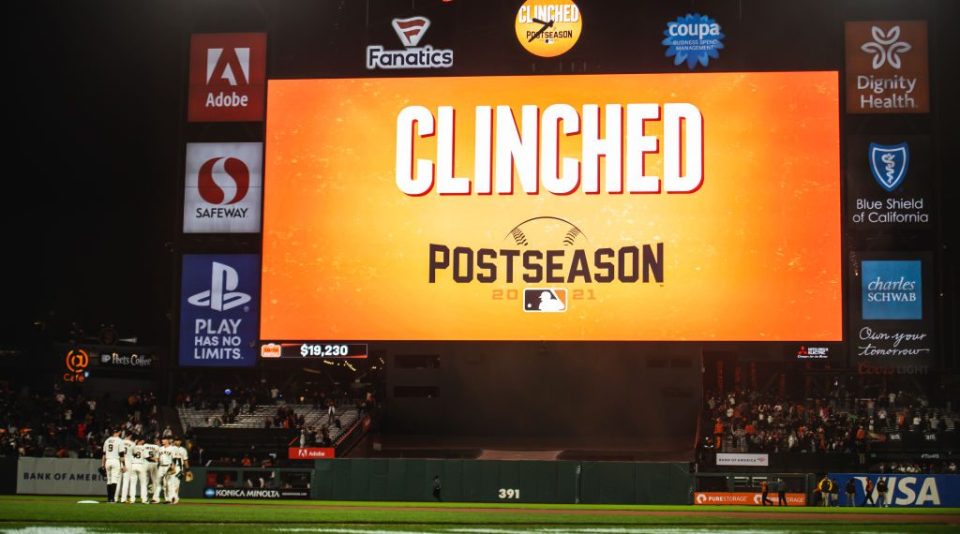 With just one game remaining in the regular season, the 2021 MLB postseason still has tickets available for multiple teams.

Game 162 is here! The MLB regular season is about to end, but everything can change in a matter of hours and modify how the 2021 postseason would play out. With some places to be defined and many teams with possibilities, we are going to talk about the possible scenarios and criteria that are under the spotlight of the whole world.

The activity of this Sunday begins at 2:00 p.m. only with a few minutes difference between games.

The National League already knows its 5 classifieds. Whatever happens, the Brewers, Braves, Cardinals, Dodgers, and Giants will all be in the 2021 MLB postseason. St. Louis will go to the wild card game and face Los Angeles or San Francisco.

However, the first thing is to define the champion of the West. San Francisco needs to win to secure the title with just a game between the Dodgers and the Giants. With a loss and a victory for Los Angeles, the scenario would change to give us a playoff game. The first step for the Dodgers has already been taken, thanks to the 20 victories of Julio Urías.

This would be played on Monday, October 3 at the Giants’ home; the winner advances straight, and the loser goes to the wild card against the Cardinals.

American League: The cardiac contest for the wild cards

The most interesting thing comes thanks to the American League. The Rays, White Sox, and Astros are champions in their respective divisions, but the fight for the wild cards is on fire: the Yankees, Blue Jays, Red Sox, and Mariners all play each other on the last day of activity in the regular season.

New York had a solid lead over Boston thanks to its recent sweep, but it all changed against Toronto and Tampa. Now, all 4 teams have a chance of advancing and even a quadruple tie that forces them to have more games leading up to the 2021 MLB postseason.

In the event of a tie, how is the MLB postseason defined?

For the 4 teams in question to be tied, losses by the Yankees and Red Sox are needed and victories by the Blue Jays and Mariners. If this happens, enter the tiebreaker through two different games.

From that point we Team A, Team B, Team C, and Team D . Franchises will have the opportunity to choose which letter they prefer according to their winning percentages; the best percentage chooses first and down from there.

Team A would face B, and C would face D. The winners of these games would be those who play the wild card.

What if there is a triple tie?

This is also a great possibility. In case the Yankees and Red Sox lose, while the Mariners or Blue Jays win (only one), we would have a triple tie and another tiebreaker. Again, it would have Team A, B, and C.

Whoever has the best winning percentage will choose which letter they prefer and hold on, because the good news is coming: A and B will face each other first, and the winner advances directly to the wild card. The loser would have a new chance by facing C, and later the winner would collide with A in the postseason.

It Stayed At 13! Athletics Ended The Yankees’ Winning Streak

Why Did MLB Retire Atlanta To Host The 2021 All-Star Game?