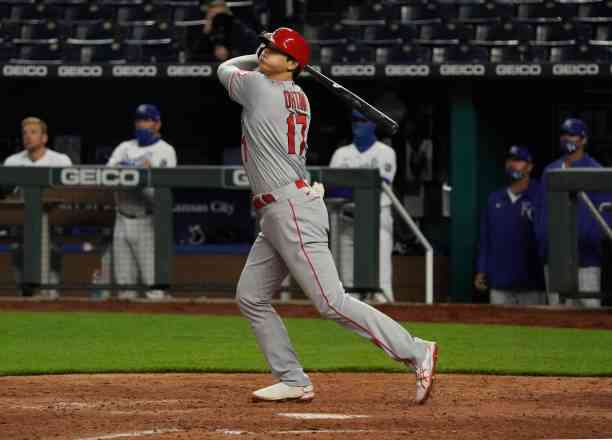 Welcome to the evolution in MLB, Shohei Ohtani surprises the world of baseball as a pitcher and a batter, in both, he shines.

The MLB is always in a constant evolution, like all sports, and more and more young people with different abilities appear within the different positions on the pitch, surprising the world, and this is the case of Shohei Ohtani.

Shohei Ohtani has become an attraction this season in the MLB, and the Los Angeles “Angels” are lucky to have that player who plays 2 roles in the team, and in neither does he disappoint because as a pitcher, he has an exceptional arm and as a batter one singular force.

Many pitchers in history have the curious ability to also be good hitters, in fact, Fernando Valenzuela came to hit a home run in his at-bats, but we do not mean that he only has the ability to hit, as he is one of the best hitters of the league and one of the stars to follow in that area according to the MLB and in that of the pitcher.

The Japanese-born continues to surprise the MLB world, his arrival in 2018 at Angels was an injection of competition to all players from most positions in the major leagues. In his first game this season, he struck out 7 opponents and allowed 3 runs against the White Sox on the mound.

His talent, as we already mentioned, is not only his pitching, but his strength when batting, and in 2021 his numbers are quite good, in 39 at-bats he has 13 hits and 3 home runs, he has produced 11 runs and has stolen 2 bases; double danger for the teams that face the Japanese.

Although we have a small stretch of the 2021 season, Shohei Ohtani already has some momentary records and is the season’s strongest hit. A demonstration of power that few will be able to achieve in 2021.

Against the Kansas City Royals, Shohei hit an incredible 119 miles per hour for a hit, about 191 miles per hour, more or less. According to the MLB Statcast, it is the hardest hit that has been recorded this season, in addition to the fact that the Japanese entered a list that includes Giancarlo Stanton, Aaron Judge, Nelson Cruz and Gary Sánchez as the only ones since 2015 they hit more than 119 miles.

His strength also makes him assert his natural position, which is that of a pitcher, because in his only start this season against the White Sox, he had a speed of 160 kilometres per hour in nine of the pitches he made, an impressive speed.

2018 was the year he came to MLB and showed his power in both positions. In 2019 he would become the first Japanese hitter to achieve a “Hit for the cycle”, which refers to hitting the cycle and is when in the same match a single, a double, a triple and a homerun are achieved.

In addition, it is designated as the second time at bat for the “Angels”, which breaks a major drought, since Jack Dunleavy in 1903, no pitcher had been designated in that turn at bat, a prominent career that they have. in Los Angeles.