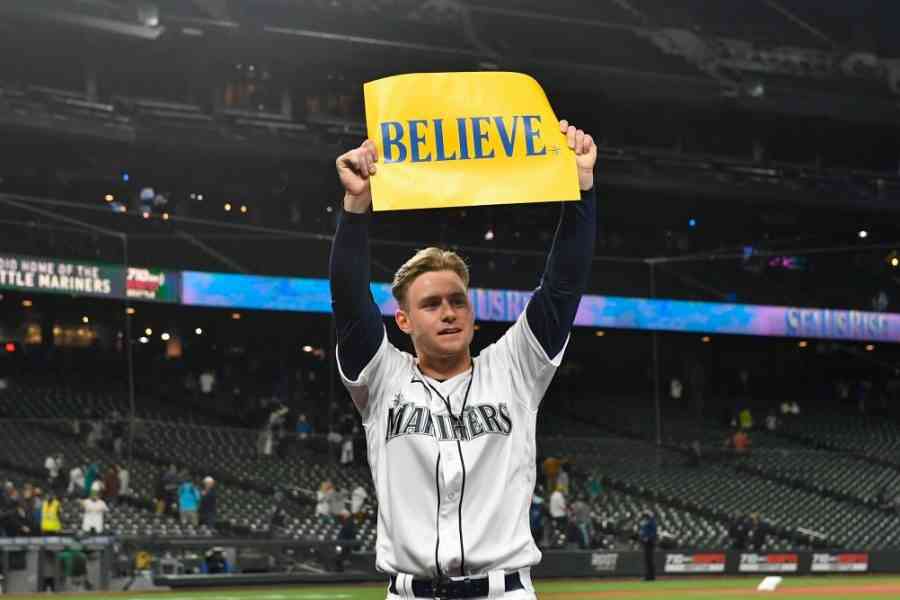 What began as a series, transcended to reality with the Seattle Mariners, and it seems that Ted Lasso is the architect of his recent victories.

Hope is the last thing that dies! As the MLB postseason approaches, the Seattle Mariners are still in contention for one of the wild cards in the American League, but this would not be possible without the figure of Ted Lasso. The mantra that accompanies Apple TV’s most successful coach has surpassed fiction and has this team close to the unimaginable.

The word that has great relevance during the series also plays a crucial role in the closing of the regular season. The Mariners have taken their connection with Ted Lasso to another level, as regardless of displaying signs with the word “Belief”, the fans themselves and the team draw on this inspiration to win.

In recent games, the stadium screens show images that are not chosen at all at random: “I believe in believe,” says Lasso at the beginning of the video. Then there are fragments of the Seattle games, as well as the phrase “I believe that we are going to win .”

With only 3 games to go, what was mission impossible a few weeks ago is now close to reality. Call it coincidence, luck, or destiny, but Ted Lasso is fundamental to the Mariners’ feat. Before starting the series against the Angels, Seattle had 89 wins and 70 losses on the year.

Seconds in the AL West, they no longer have a chance to catch up with the Astros for the division title. However, all hopes are on the wild card. With the series sweep against the Athletics, they pushed the Oakland team out of the way and made their way as the top contenders to advance.

The appearance of “believe” and Ted Lasso on the Mariners scene is relatively recent. The first images that circulated on social networks about the mantra at T-Mobile Park are from the last days of September; From the 20th onwards, Seattle boasts 9 wins in 10 games.

That’s why manager Scott Servais doesn’t just attribute the Mariners’ good results to Ted Lasso. The franchise’s boss ensures that this allows players to have fun and relieve the pressure of the postseason fight.

“That was very good. You know that each team has its own. It is the world we live in. And right now, it’s Ted Lasso’s world. Our boys are having fun, and we should all enjoy it. It is or is what is driving us. As a team, we want to win every game for the rest of the season, “he explained to the media a few days ago.

All of Seattle trusts “Believe”

From fans who go to the stadium, to those who returned to their normal activities and other teams in the city, everyone believes in the Mariners, Ted Lasso’s energy, and the possibility of entering the postseason to play a great role.

And as they say out there … There are times when reality is stranger than fiction. Any achievement that we saw through the screen could be very interesting in real life, from the hand of a brave team and willingness to do everything to succeed.

They Don’t Want Them! Angles Fans Threw Trash Cans At The Houston Astros

It Stayed At 13! Athletics Ended The Yankees’ Winning Streak