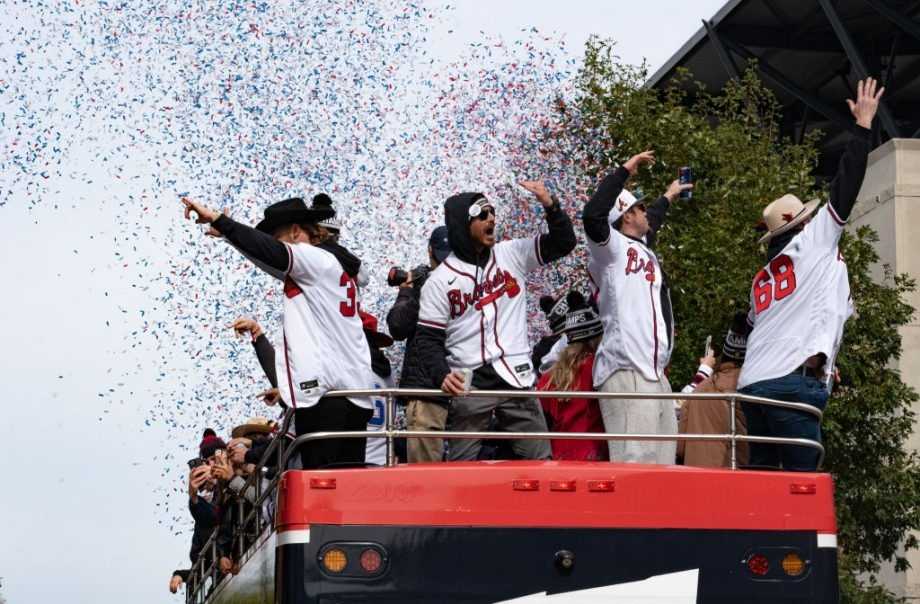 2 days after being crowned in the World Series, the Atlanta Braves reunited with their fans and celebrated like never before.

Let the celebration continue! The Atlanta Braves finished World Series 4-2 at the home of the Houston Astros, so the celebration with its people had to wait. The traditional trophy-in-hand parade was carried out successfully, although with practically no sanitary measures due to COVID-19.

It took just over 2 days before thousands of fans were able to celebrate with their idols. The important thing is that it was worth it and the streets of Atlanta were painted white and red to host the champions.

As is customary in almost all sports, the players got on a bus that went down the main avenues. This allowed the players to follow the party that started on the night of November 2 and the fans got a little closer to the trophy.

The images and videos of the Atlanta Braves parade

Joc Pederson was one of the great protagonists of the celebration, showing all his style from the first minutes of the day. But if there is a way to define what happened on the streets of Atlanta that the Braves traveled, it would be correct to say that the atmosphere was insane.

A party that was planned for the last 26 years could finally take place. In the world of sports that says it all, since long streaks are complicated; however, the moment they come to an end tastes like all the glory on the planet.

One of the funniest moments was starring Blooper, the franchise’s mascot, who took his own ride in a fire engine. But the best part of the day came at Truist Park. With everything and that the Braves could not consummate the title at home, they returned to it to show off their new trophy.

The celebration continued at home

A thriving Tourist Park welcomed the World Series champion team. Speeches here, speeches there and there was no shortage of thanks to the families. Music was also present with Ludacris, who was in charge of entertaining the long event for a while.

The figures of the team, as well as manager Brian Snitker, took the opportunity to sign autographs, dance, and enjoy everything they achieved during 2021.

Meet Bronxie, The Turtle Who Became The Yankees’ Charm In MLB