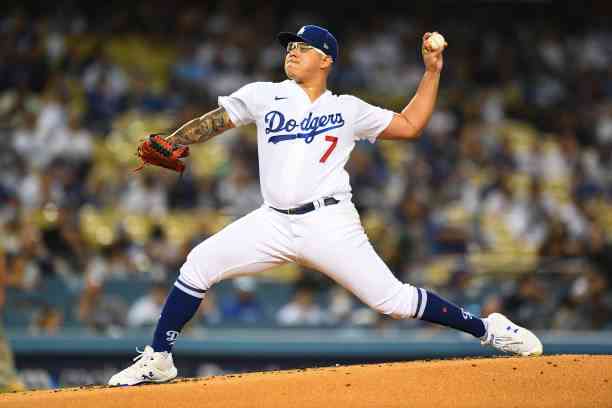 For the records! As the end of the 2021 Major League Baseball season nears, Julio Urias’ number of victories continues to grow.

The ‘Culichi,’ better than ever! The 2021 Major League Baseball season continues, and Julio Urías does not stop reaping victories with the Los Angeles Dodgers. Some fans put him in the fight for this year’s Cy Young, and even though the bullpen has played him against a few times, the statistics are positive.

The Mexican pitcher already has 17 wins with the current MLB champions. And while it is true that they could be more because of the games that relievers miss, Urias is close to matching what is done by figures like Fernando Valenzuela.

The most recent victory came against the San Diego Padres, with 7.0 innings in which he did not allow runs and struck out seven.

The victories of Julio Urías in the 2021 season

Although he spent time on the disabled list, Julio Urias’s victories in the campaign keep him the leader in this area. The Culiacan-born is on another level, whether in the American League or the National League, even with stars like Shohei Ohtani with the Angels or Gerrit Cole with the Yankees.

Even on the Dodgers’ very roster, there are high-caliber pitchers. Walker Buehler is dangerously close with 13 wins, and Max Scherzer has 13, although 8 were with Washington and the rest with Los Angeles.

What records are in the sights of ‘Culichi’?

The figure of Fernando Valenzuela is every institution for baseball in Mexico, but he is also a great idol in the MLB. Julio Urías is only 4 wins away from matching what El ‘Toro’ did in the 1987 season, with 21 wins in 34 starts.

Esteban Loaiza reached the same number in 2003 with the Chicago White Sox. However, there is a record of 20 wins in the same season: Teodoro Higuera with the Milwaukee Brewers in 1986.