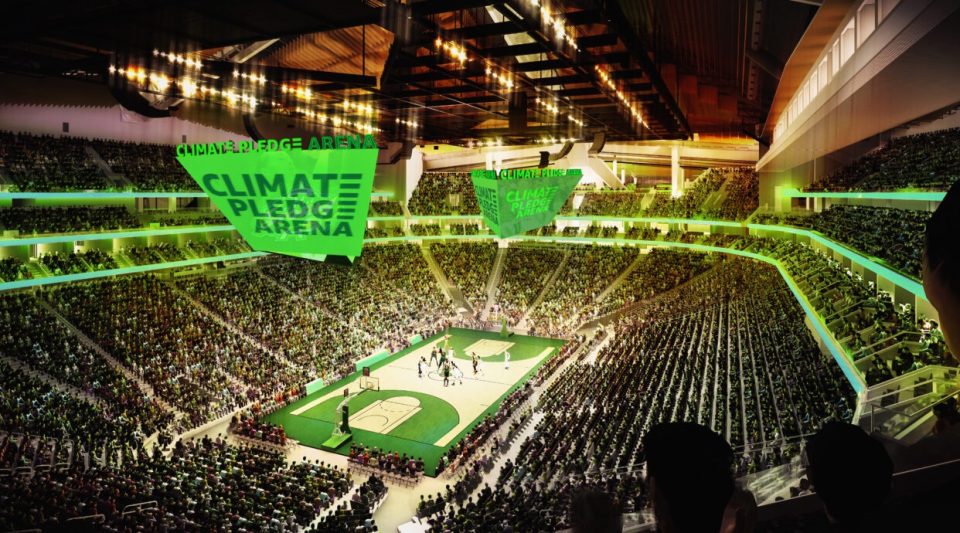 The future reached us, and sports venues are increasingly innovative, even the venues by themselves are an experience, and the new ‘ Climate Pledge Arena ‘ is proof of this. New is a saying, because it only received a cat’s hand, which left it spectacular.

Located in Seattle, one of those cities in the United States that has a special tradition for the sport, its teams have had success in the recent past with the Mariners in the MLB, the Seahawks in the NFL, the Storm in the WNBA and a few others schoolboys.

The ‘Climate Pledge Arena’ closed its doors in 2018, due to this renovation and will have a new tenant who plays its sports seasons and it is a new expansion team in the NHL, the Seattle Kraken; plus some other college teams and the Seattle Storm.

Key Arena was the name of the venue before the ‘Climate Pledge Arena’, at least until 2018, although the agreement with KeyCop was terminated in 2010, but it kept the prefix in the name. By 2020, Amazon bought the rights to the Arena and decided to name the Arena to pay attention to climate change.

Not only for that reason it has some peculiar and innovative characteristics. It will be the first carbon-free Arena in the world, it will also be powered by renewable energy, as well as solar energy inside and outside the building.

It is expected that by October 2021, the ‘Climate Pledge Arena’ will open its doors, unfortunately, it will not be with a sporting event but with a concert, at the end of the day, the venue will also be for concerts, and the first one is already scheduled.

Coldplay will be in charge of inaugurating the ‘Climate Pledge Arena’ with a concert on October 22, and it will be a special date because it will be a week after the group releases their ninth studio album, so there will be no better way to celebrate.

But going back to the Arena’s characteristics, how will the ‘ Climate Pledge Arena ‘ go from a concert to a basketball game to a hockey game? If everyone has different types of flooring on their respective sports or surfaces.

Here we enter the fun, because one of the innovations of the ‘Climate Pledge Arena’ is the Rain to Rink system that the rainwater on the roof will be stored in a 15 thousand gallon cistern and will be filtered to create the track. Plus, it has waterless urinals and low-flush fittings that will increase your water use efficiency.

It has energy recovery fans, which serve all the changing rooms in the Arena and collect 100% of the air that is exhaled, in addition, they use the captured energy to preheat or cool the incoming air currents.

As if that were not enough, it also has Amazon’s ‘Just Walk Out’ system, a purchase model without using ATMs, in which the buyer grabs the product and leaves the store. There are no lines or anything like that, and they will be able to use the Amazon Go app for the billing issue. That really is technology.