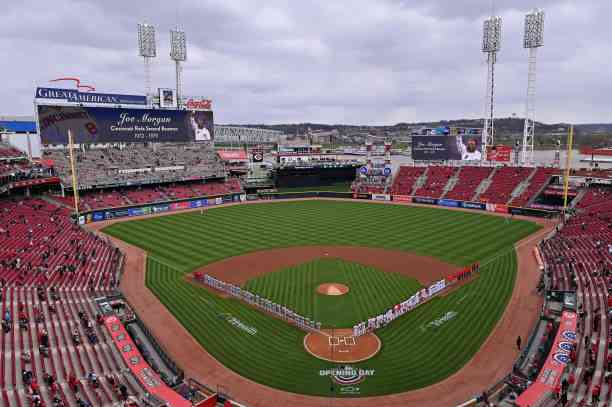 Que!? The Texas Rangers returned to Globe Life Field, which had full stands, no distance measures, and little use of face masks.

Someone explain me! The Texas Rangers’ first series began today at their home, Globe Life Field, in the 2021 MLB season, and the crowded stands stood out, as well as the absence of social distancing.

Since before the first call of play ball this year, it was already known that the property would be open to 100 percent of its capacity. However, the team opened the season by visiting the Kansas City Royals.

Now the Texas Rangers are reunited with their fans, which have not filled Globe Life Field for more than a year. But yes, the criticism did not wait, and the users of social networks attacked the authorities that allowed the entrance to more than 37 thousand people.

For more than a month, Texas Governor Greg Abbott announced that sanitary measures against the COVID-19 pandemic would be eliminated. Among them, the mandatory use of face masks disappeared, and all activities were allowed to reopen.

For this reason, today it was possible that almost 40 thousand people gathered to watch the duel between Rangers and Toronto Blue Jays. From very early on, the supporters of the local ninth took their seats.

As the afternoon progressed, more baseball fans were registered. The final attendance figure was 37,238 attendees, but it was deemed full after the past year kept people away from stadiums.

With this game, the King of Sports’ traditions also returned: the fans tried to catch the balls, bought food, and enjoyed it as in the old normality. In addition, there were few who left empty seats to separate themselves from the rest.

As the tickets progressed, more people filled the stands. Although the Rangers ultimately took a painful 2-6 loss, the series against the Blue Jays will end on Wednesday, and the fans will surely fill Globe Life Field again.