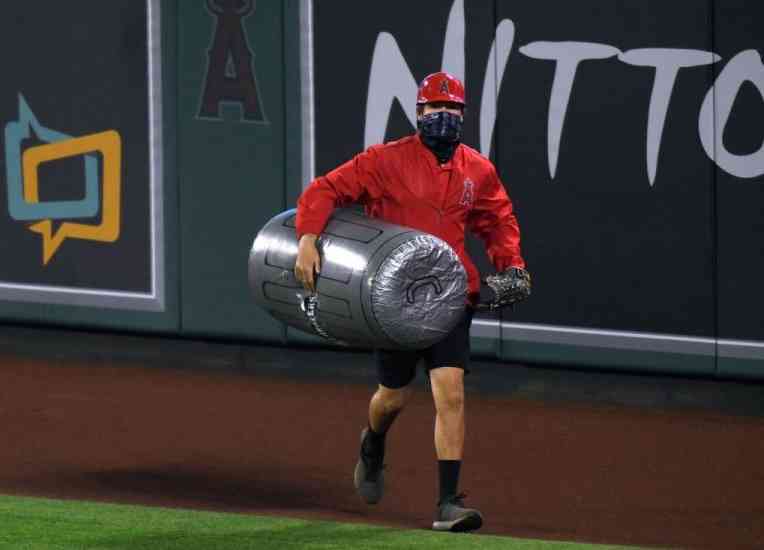 For cheats, they say … Los Angeles received the Houston Astros with trash cans, because a few years ago, they won the World Series with cheating.

The Ship of Oblivion has not departed and is stationed in Los Angeles. Angels fans secured inflatable garbage cans to host the Houston Astros at Angel Stadium of Anaheim.

The confrontation between these teams is only the second series of the season, but it has overtones of the past. The Astros stole signals during 2017 and 2018, but were sanctioned until early 2020.

With these cheating methods, Houston even won a World Series. For this reason, thousands of fans and even several players remain angry and take advantage of the opportunities they have to make it known.

The Angels’ home received 2 games in recent days, so there were from posters to the now famous trash cans to host the Houston Astros. These were inflatable and fell onto the field from one of the gardens.

This did not happen just once: a fan who was in the building recorded the launch of at least 3 figures that simulated the baskets. In the end, venue security had to stand between the crowd and the edge of the stands to prevent this from happening again.

What did they do, and what happened to the Houston Astros?

As we already mentioned, they planned a whole system to steal signals in their matches. If you wonder what it all consisted of and especially what it ended up in, we will tell you once and for all.

Mike Fiers, who was a pitcher for the Astros between 2017 and 2018, revealed what happened through The Athletic. The published article prompted MLB to take action on the matter and began its own investigation.

Several months later, it was explained how these traps worked. Houston implemented a video system in their stadium’s centre field, which allowed them to know what the signals were between pitcher and catcher of their rivals.

The sanction is known as the strongest in the history of Major League Baseball: first, a fine of 5 million dollars was agreed and the loss of the first and second rounds in the 2020 and 2021 Drafts.

The team fired General manager Jeff Luhnow and manager AJ Hinch. The MLB suspended both, and there was a third implicated: Alex Cora, who was Houston’s coach and received the punishment when he was manager of the Boston Red Sox.