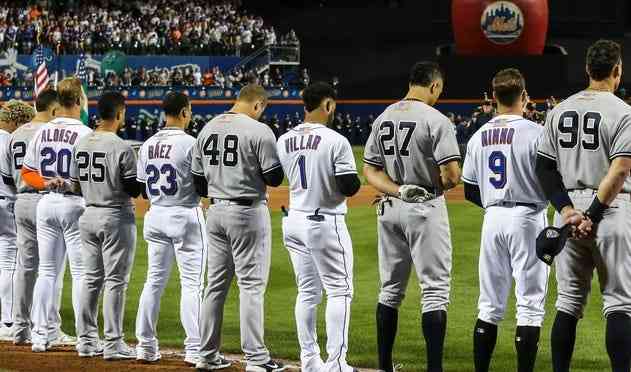 The New York Mets and the Yankees held tributes prior to their Major League game on the 20th anniversary of the attacks.

The New York Mets and the Yankees were the protagonists in the world of sport in commemorating the twentieth anniversary of the attacks on the Twin Towers, one of the historical events that have marked the 21st century due to its consequences in various fields.

The fact that the Mets and Yankees played on September 11 is no fluke on the major league schedule. The date had been set aside since July, in order to commemorate the twentieth anniversary of the attack on the Twin Towers to honor the victims of the event that shook the world in 2001.

Why are the Mets spearheading the 9/11 tributes?

The Mets staged the city’s first mass sporting event after the World Trade Center attacks. On September 21, 2001, 10 days after the fall of the towers, they played against the Atlanta Braves. Mike Piazza’s home run at the now defunct Shea Stadium is still remembered from that game.

The building was demolished in 2008 to make way for Citi Field, which has been the home of the Mets ever since.

This was the previous ceremony

The tribute events began almost an hour before the start of the game with the interpretation of the song “America is Beautiful”, by Anais Reno, 17 years old. Immediately afterwards, 35 people formed a kind of orchestra with bagpipes, in reference to the British community that resides in the city.

Likewise, a recognition was made to those people who participated in the rescues of September 11.

Prior to the intonation of the national anthem, a minute of silence was observed in memory of the fatal victims. The anthem was performed by personnel from the New York Police Department and a children’s choir.

Both teams went to the diamond with a United States flag on top of the number for this match. In addition, the Mets wore an embroidery on the right sleeve with the stars and stripes flag and the date 9-11-01, which they wore in the game on September 21, 2001.

Both coaches and players on the benches wore caps with a commemorative patch with the phrase “Never Forget” (We will not forget), as well as the initials of the police, health, and fire departments.

Yankees player Aaron Judge paid his own tribute during the game by sporting footwear with illustrations of the city, such as the Statue of Liberty and the Twin Towers.