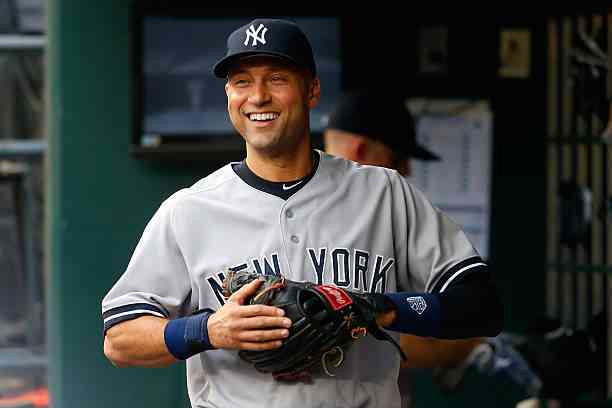 In his first year as eligible, it took more than 20 months for Derek Jeter to be inducted into the Baseball Hall of Fame.

Few baseball players can enjoy such popularity and charisma as Derek Jeter has, despite the fact that he spent his entire career in one of the most hated teams – but also loved, only by his fans – such as the New York Yankees.

Wow, Derek Jeter didn’t earn the respect of the baseball world for his great charisma or popularity, but for his talent, dedication and quality. In fact, he is the second player to have the highest percentage of voting to enter the Hall of Fame.

Derek Jeter obtained 99.7% of the votes according to ESPN information, that is, a total of 396 votes out of 397, only one person in baseball has surpassed him with 100%, and it is his partner, the closer Mariano Rivera, who had 425 of 425 votes for the Hall of Fame.

After this overwhelming unanimity, Derek Jeter had to wait more than 20 months before he was elected to the Hall of Fame and finally belonged to the class of 2020 that was going to Cooperstown, although he was not the only one who had to wait.

In addition to the legendary shortstop, the Yankees and Larry Walker were chosen through the Baseball Writers Association of America. While Ted Simmons and Marvin Miller for the Modern Baseball Committee. They made up the Baseball Hall of Fame Class of 2020.

Talking about Derek Jeter’s career with the Yankees is from a sportsman from another world. Well, since he won the rookie of the year award in 1996, he was already showing signs that he would become a legend of one of the historic teams in world sport.

He said goodbye to baseball in 2014 – which we keep crying on – and left numbers that will be hard to match or beat. Well, he had 3,465 hits in his career, which is the Yankees’ record and the sixth highest number in MLB history.

Individually he has some enviable records and others that are not to show off. He has the mark of more games with the “Bronx Bombers” with 2,747, more at-bats with 11,195, more stolen bases with 358, which is not good to show off, with more hits received with 170, all this in information from Enrique Rojas from ESPN.

Now, collectively what he achieved with the Yankees is to always envy him. Only four times in his entire career did he miss the postseason with his team. He won the World Series five times, one of them was the MVP, and as if that were not enough, the franchise retired its legendary number 2.

“Field Of Dreams” Will Return To MLB! There Is Already A Date And Equipment For The Game In 20222