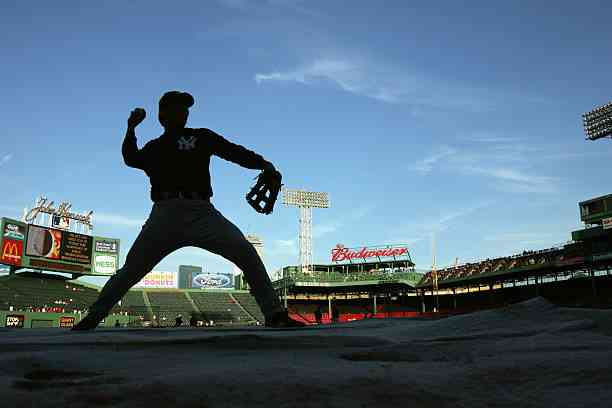 Baseball for dummies? The immaculate inning is not a constant in this sport, but we explain what it consists of and who has achieved it.

Baseball is full of unique concepts and hard-to-break brands. Among them is the immaculate inning, something that few pitchers have managed to achieve and that causes great admiration among fans.

Today we will dive into the great feats of pitchers. We are in full activity of the MLB, and in addition to games without hitting or perfect games, this is one of the great objectives of the players.

What is a pristine inning?

It is also known as a perfect or impeccable inning, it consists of a pitcher finishing an inning with 9 pitches. This means that the pitcher in question must retire 3 opposing hitters with 9 pitches, which in turn translate into 3 strikeouts.

To some, this may seem like an overly simple statistic, but it is actually a very difficult thing to record. Just under 100 players have achieved it, and the figure is even lower when it comes to those who do it on 2 or more occasions.

They have accomplished this feat in the Major Leagues

The last pitcher to get a flawless inning in MLB was Zach Plesac of the Cleveland Indians. On September 18, 2020, he dispatched Jorge Bonifacio, Niko Goodrum and Austin Romine of the Detroit Tigers in the second inning.

However, before this pitcher, there were 93 others who pitched this way. The first on record is John Clarkson in June 1889 with the Boston Beaneaters; some, like Sandy Koufax, even succeeded more than once.

Koufax is one of the most important figures in the Dodgers, even before they were based in Los Angeles. He pitched perfect games and is the only pitcher to claim a flawless inning 3 times.

Lefty Grove, Nolan Ryan, Randy Johnson, Chris Sale and Max Scherzer are the others who have a flawless entry twice. However, the list of 94 pitchers includes others such as Carlos Carrasco, Stephen Strasburg and Rafael Soriano.

For his part, Danny Jackson is the only one who achieved an immaculate inning in the World Series. This was recorded on October 24, 1985 in the Fall Classic between the Kansas City Royals and St Louis Cardinals, retired Terry Pendleton, Tom Nieto and Brian Harper.