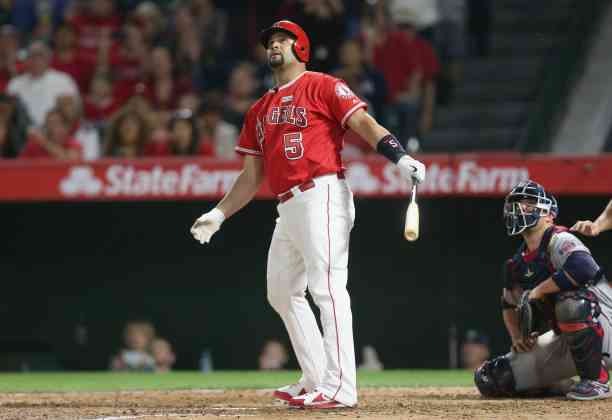 Albert Pujols to the rescue! The Dominican could be of great help to the Dodgers in an injury-filled MLB season.

After several days of rumors and speculation, the Los Angeles Dodgers presented Albert Pujols as reinforcement for the remainder of the 2021 season. This is an element of experience, which will not necessarily be the star of the ninth.

So why hire him when the campaign started more than a month and a half ago? The franchise announced that the Dominican signed for a year and in order for the roster to remain with 40 players, pitcher Tony Gonsolin went on the disabled list for 60 days.

The Dodgers won the World Series last year and as they seek to endorse the title, injuries hit their most important elements: Cody Bellinger suffered a fissured fibula, Edwin Ríos had shoulder surgery and Corey Seager has a broken hand after getting hit by a pitch against the Miami Marlins.

With the offense at mid-throttle, no shortstop, and no kick-starters he normally uses, manager Dave Roberts is in trouble. However, that’s where the hiring of Albert Pujols comes in.

An extremely attractive ingredient is the confrontation he will have against the St. Louis Cardinals: between Monday 6 and Thursday 9 September, Los Angeles will visit what was Pujols’ first team in the major leagues.

What role will Albert Pujols play?

The veteran arrives from the Los Angeles Angels, is 41 years old and serves as first base. That position is covered in the Dodgers’ ninth with Max Muncy, who tends to provide a lot of security in the initial and is a guarantee of home runs on offense.

The injuries that we already mentioned generate many complications. To watch over Muncy for the rest of the season, Albert Pujols could take his place – especially against left-handed hitters – and even if the Texan has to take third or second base.

Justin Turner usually appears by the anteroom and Chris Taylor by second. However, the latter missed the game against Miami on Sunday May 16 with a sore wrist, a situation that worried Dave Roberts and caused Sheldon Neuse to take his place.

If necessary, we could see Albert Pujols on first, Muncy on second, and Turner on third to cover the Dodgers defense.

The Best Of The Season: How Many Victories Does Julio Urias Register With The Dodgers In 2021?