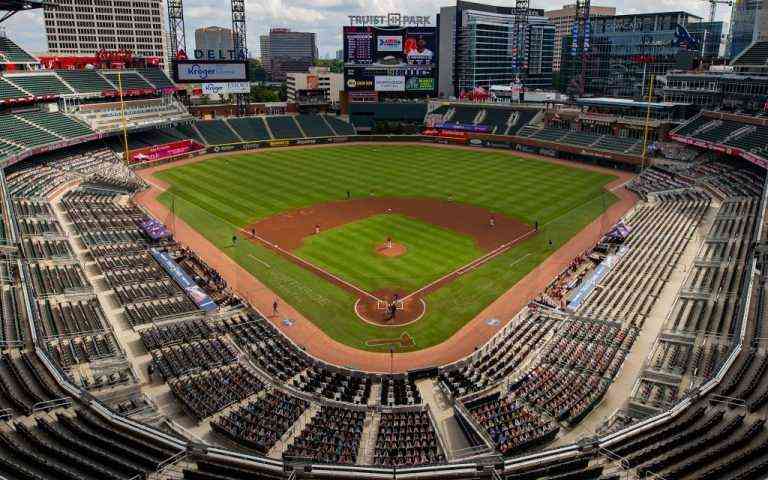 Almost 2 years ago, the MLB announced Atlanta and SunTrust Park as the city and property venues for the All-Star Game of the 2021 season , but now, the directors led by Commissioner Rob Manfred decided to make a strong modification.

In late March, Republican legislators in the state of Georgia passed a law that could suppress Democratic votes . This is a consequence of Donald Trump’s defeat in the presidential elections, which included an online process, through electronic ballots.

Citizens will face obstacles to exercising their rights, such as the reduction of ballot boxes in some areas and new registration requirements. For this reason, critics, companies, and now sports leagues are leading a boycott against the state and its cities.

Given the situation, the main figures of the Major Leagues took action on the matter. The MLB retired Atlanta as the All-Star Game venue and explained that this is “the best way to demonstrate our values ​​as a sport.”

“MLB supports the voting rights of all Americans and opposes restrictions at the polls. We proudly use our platform to encourage fans to fulfill their civil obligations and participate in voting, “said Rob Manfred in a statement.

And the new headquarters?

For now, there are more questions that revolve around the event. The MLB announced that despite the departure from Atlanta, the All-Star Game still does not have a new headquarters, but it will maintain the essence of the city.

The game on July 13 will revolve around the figure of Hank Aaron, legend of the Atlanta Braves, who passed away in January of this year. In addition, it is expected to have a good number of fans.

Reactions to the MLB decision

However, the opinions go far beyond Rob Manfred and company: Dave Roberts, manager of the Dodgers , applauded the last hours’ decision.

“I support it. My conclusion is that the bill suppresses people of color’s vote and is something that I do not agree with. I support the commissioner performing duties outside of baseball, “he said before the game against the Colorado Rockies.

For their part, the members of the Players Alliance issued their own statement. In it, they highlighted the importance of demonstrating in the face of the situation, as this could worsen if other legislators implement the same measures in their states.

“We want our voice to be heard clearly and loudly, we oppose the recent legislation in Georgia. Not only does it disproportionately deprive the black community, but it would open the door for other states to do the same, “they wrote.