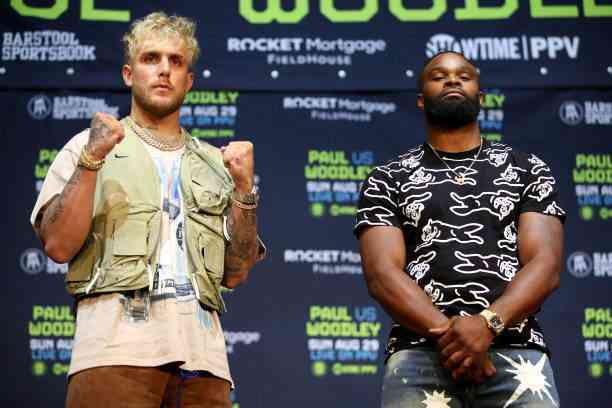 Jake Paul will face his fourth fight as a professional, this time against MMA expeller Tyron Woodley.

Jake Paul will step into the ring for the fourth time, again amid great anticipation for what he can do about him in his confrontation with Tyron Woodley, a mixed martial arts expeller who will now try his luck in boxing.

The youngest of the brother’s Paul, 24, is usually ranked as the better of the two when putting on the gloves, so he is expected to give a good performance against Woodley, a fight that he is bound to win to catapult to functions sober in which you can think of a boxing championship, since again none will be in dispute.

The popular YouTuber has already commented that he would like to face champions of the stature of Saul “Canelo” Alvarez or Gervonta Davis, to give a few examples, although neither of the two fighters has been encouraged to comment on that interest, given that he still lacks stretch to be made of a site.

In fact, with Canelo, he already has a long history of trying to get his attention, since he sent fans of his to sneak into a function, belittled him because “he does not sell PPV’s” and has constantly commented on his desire to face him, although he had nothing to do with it.

Who has Jake Paul faced?

At the moment, the American is 3-0 thanks to the fact that he has beaten fellow YouTuber AnEsonGib (TKO), former basketball player Nate Robinson (KO), and former MMA champion Ben Askren.

How and where to watch Jake Paul vs. Tyron Woodley.