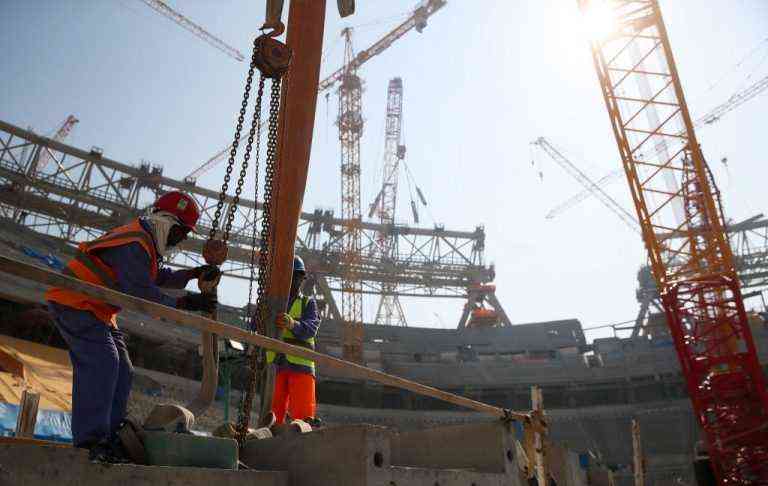 For Qatar, it was an accomplished achievement when it became official that they would be the venue for the 2022 World Cup, from that moment, the country turned to infrastructure in order to have the stadiums and all the complexes that will be used to receive on time.

A project of such magnitude requires a large workforce, in which Qatar employs migrants from different countries such as Kenya, the Philippines, Nepal, India, Pakistan, among others, to ensure that everything is ready for the World Cup.

Not everything for Qatar can be a celebration, a report in England has left us with an alarming figure in terms of deaths during the preparations since 2010 and the construction of 7 new stadiums, airports, public transport systems, and hotels.

In information and research from the British newspaper The Guardian, more than 6,500 of these migrants have died since Qatar officially hosted the World Cup, this means that on average 12 workers from India, Pakistan, Nepal, Sri Lanka, and Bangladesh have died.

Information from the Indian, Bangladesh, Nepal and Sri Lanka embassies indicates that 5,927 people from these countries have died in the period 2011-2020. The Pakistani embassy reported that there are 824 deaths between 2010 and 2020.

Alarming data that undoubtedly exceed the numbers currently reported by The Guardian, because countries such as the Philippines and Kenya do not have a number of deceased people, which would increase the already vast number of deaths, and the final months of 2020 are not counted.

Deaths “not related to work”

There are 37 deaths linked to the construction of the Stadiums for the World Cup, of which 34 have been classified as “not related to work” according to the Organizing Committee.

These inexplicable deaths have shocked the different families of the migrants, since it is not explained how they could have occurred. Thousands of examples have come to light, such as Ghal Singh Rai from Nepal, who was working cleaning the camp for Education City Stadium and without a week’s stay, allegedly committed suicide.

How Does Sprint Qualifying Work At The British Grand Prix And How Does It Benefit Checo Perez?