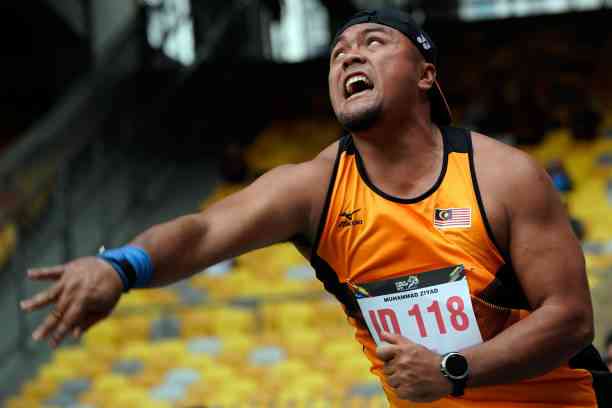 The International Paralympic Committee decided to take away the gold medal from Muhammad Zolkefli for being late for his test at the Paralympic Games.

Winning a medal in the Paralympic Games is not an easy matter. They are years of preparation and sacrifice to be able to aspire to hang one of the medals. That is why the story of Muhammad Zolkefli from Malaysia is even stranger, as he won a medal and was subsequently stripped of it.

Let’s clarify some things because, with many cases of doping in the world of sports, this is not one of the cases. It has nothing to do with banned substances, and really the reason why Zolkefli’s medal was taken away is something that we all suffer from.

Muhammad Zolkefli is a shooter, originally from Malaysia, and had agreed to compete on August 31 in the F20 category and was a few minutes late, actually it was 3, to the event. He won the gold medal and was able to compete because he claimed he had a logical reason for the delay.

He was not the only competitor who arrived late, the Australian Todd Hodgetts and the Ecuadorian Jordi Patricio Congo were the three competitors in that event who did not arrive on time. After the competition their appeal of the time delay was rejected.

In a statement from the IPC (International Paralympic Committee), they mention that the decision was based on rule 5.5 of World Para Athletics. This regulation says that, if the athletes are not present in the call room at the relevant time, the DNS result will be displayed (not started).

They were able to compete because the referee allowed them due to the “logical reason” for the delay, but after the judge considered all the evidence as to why the athletes were not in time and form, it determined that there was no justifiable reason and they are not credited Your results.

How was the F20 shot put podium without Muhammad Zolkefli?

The Malaysian Muhammad Zolkefli won the gold medal, but due to the disqualification he will not be able to take his medal home, so the podium changed a little and some others were lucky to get those Paralympic medals .

Ukraine made it 1-2 with Maksym Koval winning the gold medal with a 17.34 meter throw – he also broke the world record – Oleksandr Yarovyi took the silver medal and the bronze went to the Greek Efstratios Nikolaidis.