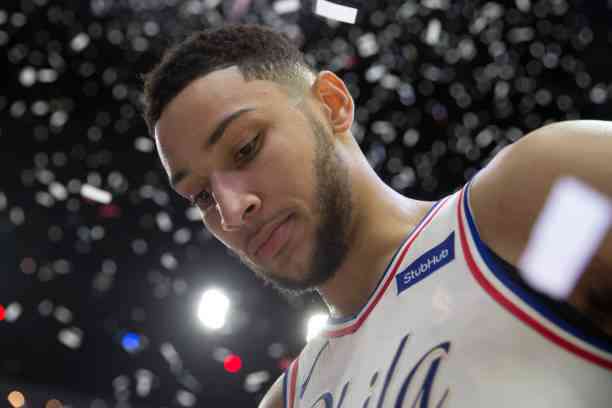 The 76ers are in one of the most difficult situations that an organization can face, and the worst thing for them is that time is not on their side.

A couple of weeks ago, Ben Simmons informed the team’s top command that he does not want to stay with them and does not intend to report to training camp before the 2021-22 season.

It was no secret to anyone that the 76ers were trying to change the Australian player, especially after his terrible performance in the playoffs against the Atlanta Hawks, but now when it leaks that Simmons is willing to even be fined for not showing up for preseason, that gives him it takes bargaining power away from GM Daryl Morey, as the other franchises will be able to use Philadelphia’s desperation to their advantage.

Doc Rivers and Joel Embiid had harsh words against Simmons after the elimination against the Hawks, so the relationship reached a point that no longer has a solution, even though the Cameroonian said recently that he “loves playing with Ben.”

The 76ers have made it clear that they won’t turn over Simmons if they don’t get a high-impact player in the trade. Of course, the dream of the team and its fans is to be able to obtain the star point guard, Damian Lillard, but every day that passes, that looks more complicated.

The Sacramento Kings also apparently don’t want to include De’Aaron Fox or Tyrese Haliburton in a trade for Ben Simmons. The Californian team was always mentioned as a possible business partner, but it seems difficult to see Philadelphia surrender its All-Star without hosting one of Sacramento’s two best players.

Although the outlook is bleak, the 76ers must keep a cool head and not get carried away by pressure on this issue. After all, we’re talking about a 24-year-old who already has three All-Star appearances, has been a two-time member of the Defensive Ideal Team and won Rookie of the Year in 2018.

His refusal to improve or even attempt three-pointers has certainly limited his growth in the NBA, but it is undeniable that Simmons can be a big hitter in the league in the right system. It is not easy to find a player who can defend all five positions and who also has that vision and control of the ball.

The situation is a headache and delicate, but it will be key that the 76ers maintain their sanity. The worst mistake would be to get out in a hurry and without receiving a package of players that can guarantee that the team remains a candidate in the Eastern Conference.