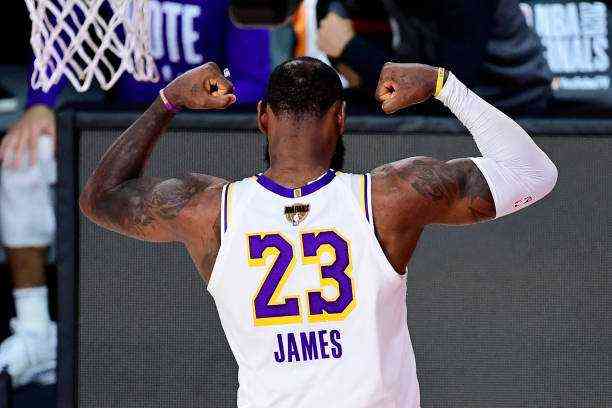 Watching LeBron James roll off the court is not an everyday thing. The Lakers star suffered a glaring right ankle injury, which forced him to leave the game against the Atlanta Hawks and possibly miss some games.

LeBron left the game in the second quarter after a play in which the Lakers player recovered the ball, but Solomon Hill pried LeBron James’ right ankle.

The Lakers player exhibited intense pain at first, to such a degree, he rolled over to the side of the court waiting for the medical team’s arrival.

What about LeBron James?

The good news and that suggests that the injury is not so serious, is the fact that LeBron James returned to the game to complete the 10 points against the Hawks, the bad news is that once he went to the locker room, he did not return.

In the absence of a medical report, the Lakers star would have suffered a sprained ankle, and studies could determine the magnitude of this, as well as the estimated time of absence.

The Lakers are left without their two best players

The worst thing for the Los Angeles franchise is that in case LeBron James misses a few games, the team will lose its best players, as Anthony Davis is also injured and will be out of competition for at least the next two weeks.

Without LeBron and Davis, the Lakers fell 99-94 to Atlanta and snapped a four-game winning streak. The franchise remains 28-14 in the West, of which it is third, and although its ticket to the playoffs is not really compromised, we could lose several places without its two best elements.