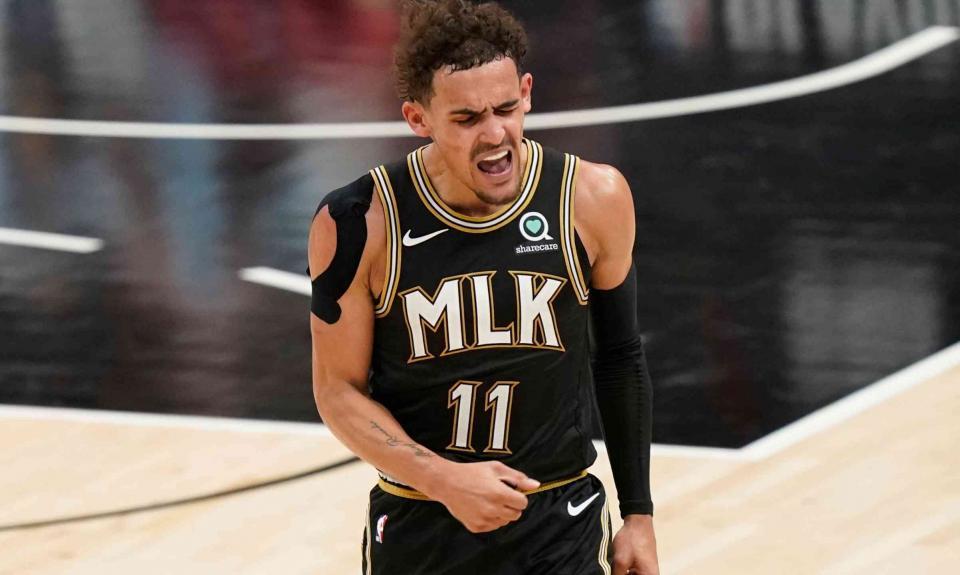 Great local improvement in the second half and monumental collapse of the Philadelphia attack. Embiid, Simmons and Harris sink after the break and the Sixers collapse.

Monumental collapse of the Sixers big three in the second half that has dragged the entire team. Atlanta Hawks got on their feet at halftime, and their defense improved dramatically in the second half. The rest was done by Trae Young’s masterful direction of play and the incredible ball control of the entire team, who only lost 4 balls in 48 minutes of play!

A basket and two free by Young put the 101-98 with 49.6 seconds left, two free by Embiid shortened seconds later to 101-100, a stupendous defense by Sixers led to the turnover of Atlanta, and with 16, 6 seconds to go Doc Rivers’s team played to win after a timeout. And there, Joel Embiid finished his disastrous second part.

Rivers’ slate was perfectly interpreted on the court, Tobias Harris assisted Embiid, and he entered without success. Shortly after, Young placed 103-100 from the penalty line and, with no timeouts, Sixers looked for the equalizer, but Seth Curry’s forced final triple, a great game of his, did not enter.

Thus the Hawks won after coming back 18 points behind (42-60 playing the second quarter) and after going to rest losing 49-62. The 54-38 of the second half says it all: the visiting attack sank into misery.

Suffice it to say that Trae Young scored more points in the second half, 17, than the entire Sixers big three combined, 13!

Embiid added 4 points after the break with 0 of 12 on the field goal. That 0 out of 12 is a record since play-by-play exists (1996-1997)! Nobody in a playoff game halftime had made a 0 of 12. Michael Jordan held the negative record with a 0 of 11. It is true that Embiid captured a lot of rebounds, but his 0 of 12 there is. To this was added that Ben Simmons, his great first part, had 3 points, 1 rebound, and 2 assists in the second. Numbers to forget. And that Tobias Harris didn’t help much either, scoring only 6 points in the second half.

All in a match of physically touched stars. Embiid started the game with his familiar knee drag and something must have gone wrong when he had to go to the locker room in the second quarter. On his return from the locker room, that 0 of 12 in the shot! The Sixers only really know the real correlation between one and the other, but it is striking. Meanwhile, Trae Young began the encounter with problems in his right shoulder that seemed to be exacerbated when Embiid fell on him in the first quarter. But little by little it was going to be more.

The young local star started off horribly at shooting and finished the game 8-for-26 on the field goal, but he can be forgiven if you consider that he added 25 points and … 18 assists with just 2 losses! He was the engine of his team, making many wise decisions throughout the game.

Atlanta also had 22 points from Bogdan Bogdanovic (9 of 24 on the shot) and double-doubles from John Collins (14 points and 12 rebounds), who made two spectacular kills in the second quarter, and from Clint Capela (12 points and 13 rebounds), who worked hard on Embiid’s brand.

Punctual assists in attack from Kevin Huerten and Lou Williams, and especially spectacular work in defense of the entire team after the half of the game, which made Atlanta win the game despite being in a very poor 36.6% in the shot field.

Sixers had Harris with 20 points, Embiid with 17 points, 21 rebounds (great his work in rebounding and defense) and 4 of 20 in shooting and Curry in 17 points and 70% in the field goal, while Ben Simmons had 11 points, 12 rebounds and 9 assists after working hard with Young and after another grim day from practice.

Good minutes from Dwight Howard, some moments from Shake Milton, but it all came to nothing because of the team’s first-rate offensive jam, which now thinks above all about Embiid’s health.