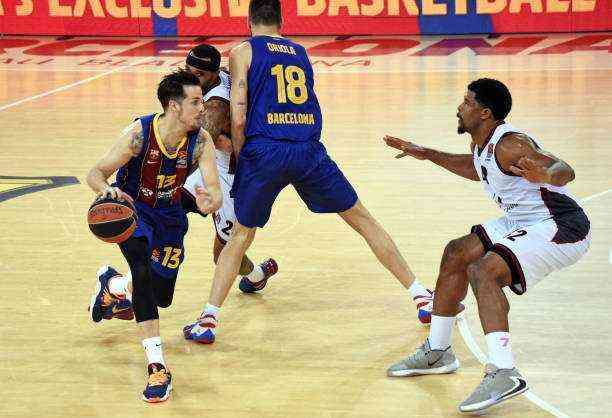 Barcelona reached an agreement to terminate Thomas Heurtel’s contract with the entity. The Barça team, who already interfered in the signing of the French base by Real Madrid, prevents the player from signing for an Endesa League team until the end of this season.

Thomas Heurtel is no longer a Barcelona player. The representative of the base, Misko Raznatovic, announced on the morning of Tuesday the parting of Heurtel and Barca’s ways after weeks of dispute in which the priority of the organization was to prevent the player from joining Real Madrid. Now, with the Euroleague market and the whites a priori out of play, both parties have been able to reach an agreement, which indirectly vetoes the eternal rival again.

Heurtel becomes a free agent, but his options for finding top-level equipment for the remainder of the season are limited. The Euroleague closed its winter transfer window on January 7, the deadline for players to change teams within the maximum continental competition without game limitations for the decisive phase. Then, with the soap opera Heurtel boiling, Barça made clear its position of not releasing the base to sign for a direct rival.

Now, according to Catalunya Radio, Heurtel has been released by Fútbol Club Barcelona, ​​but as part of the agreement, he is prevented from signing for another Spanish ACB club between now and the end of the season, a maneuver that achieves, in two parts, the great objective of the entity, which was none other than to prevent the strategic signing of Real Madrid with its (ex) player.

In the first place, by rushing the deadline until the closing of the Euroleague market, the interest of Real Madrid in the immediate signing of Heurtel was greatly mitigated, since the main objective of the white team was for the French to help in the maximum continental competition, for which Alocén still falls short and Laprovittola has not shown to be able to act as a reference base.

Once the transfer window has passed, Barça ensures in the termination agreement that Thomas will not sign for Madrid or another club in the Endesa League in the months equivalent to what was left of his contract with the culé entity. Heurtel will be able to look for a team, but this will not be either the Euroleague or the Endesa League, so the club will not be measured. A master decision from the strictly sporting point of view, but one that on a moral level, especially due to the process, leaves many doubts.